A new ranking of the world’s Top 500 Bars Top 500 Bars is a new list, ranking the best bars across the world, as decided by artificial intelligence and online data.

Described as “created for the people, by the people,” the ranking was created with the intention of bringing a digital revolution to the drinks industry. The algorithm gathers thousands of pieces of data from across the internet in over 20 languages, scouring different platforms, publications and reviews to collect information from not only experts, but the everyday person.

Co-founder of Top 500 Bars, Anthony Poncier, is also behind Le Cocktail Connoisseur project, which he said was started to highlight great bartenders. Poncier told Bars&Clubs where the idea for an AI and data-driven ranking came from.

“Bartenders always expressed their frustration that the same bars seemed to appear in the awards and rankings, when there are so many other great bars too. We understood their concerns, but also know it’s not humanly possible for judges to visit hundreds of bars around the globe and that’s where a ranking by a panel of judges is limited,” Poncier explained.

“My background is related to digital, so using technology to solve the issue was a no brainer for me. It just took time to be sure it was doable and relevant.”

2019 is the first iteration of Top 500 Bars’ list, which Poncier said will need continuous development, as is the nature of AI.

“Like any technology project it’s still a work in progress and we are going to update the way the algorithm works to improve the ranking,” he said.

The list’s top 100 were announced last week, after the further 400 were revealed periodically from July to October. Among the list were 26 Australian bars, with five placing in the top 100. The entire list is made up from bars in 91 different cities in 46 countries.

You can view the full Top 500 Bars on their website here, with the Australian ranks below. Secrets of the world’s best bars 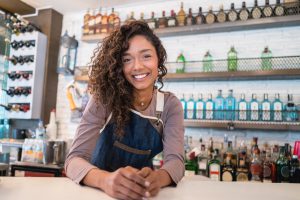 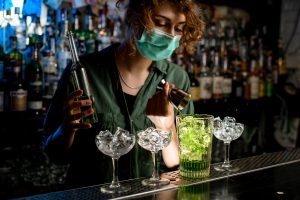