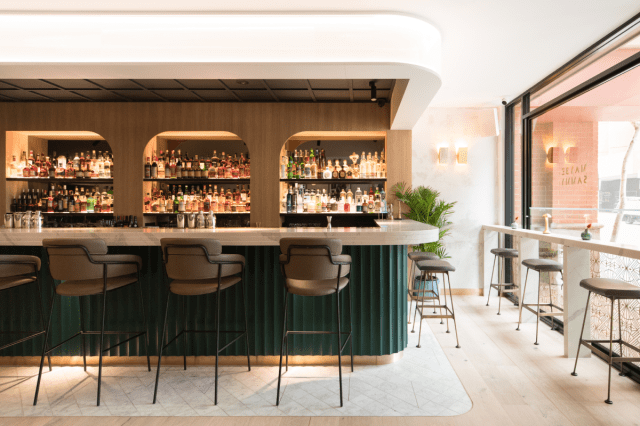 ‘Stardust’ is the name of a new selection of 12 cocktails from Maybe Sammy, featuring bespoke artwork and social media filters.

Maybe Sammy, recently ranked as the best bar in Australasia, has unveiled its latest cocktail menu, a departure from its previous Rat Pack-themed offering.

The new ‘Stardust’ drinks offering takes its cue from female ‘artistic doyennes from the fields of music, art, cinema and fashion.’ The menu is accompanied by artwork from Clementine Roslund (professionally known as KlemeKleme), and exclusive social media filters that drinkers can access through QR codes.

The Golden Age of Vegas theme that the previous iteration of Maybe Sammy encapsulated remains at the heart of the venue’s decor, but the drinks menu has evolved, as Co-Owner Martin Hudak explains.

“We love 1950s Hollywood and Vegas glamour so that will stay at the heart of our aesthetics and design. We just want to focus our attention on these seminal women and their contribution to the arts,” Martin said.

“Our role as bartenders is not just to pour you a drink, it’s to fully immerse you into our world so you have a lingering memory that blows you away. We want to push the boundaries of what people expect from a cocktail bar and provide an extra layer of interactivity for our guests,” he continued.

Another offering is ‘The Prince and The Showgirl’, inspired by Marylin Monroe, this drink is Maybe Sammy’s take on a Ramos Gin Fizz, and includes ‘a coconut veil reminiscent of Monroe’s iconic movie scene’.

The new menu has been in the development phase for six months, with Bar Manager Paolo Maffietti and his team working alongside Co-Owner Martin Hudak. While developing the new drinks offering, Martin and Paolo decided that they wanted to expand the drinker’s experience beyond the drinks themselves, partnering with Clementine to produce artworks that engage consumers in new and unorthodox ways.

For Clementine, the chance to partner with Maybe Sammy was a perfect opportunity.

“The brief combined all my favourite interests and inspirations – pop culture, amazing cocktails and hospitality.”

Clementine wanted to use her accompanying art to reflect the lives of the women feature.

“I did a lot of research to understand each woman as I wanted to weave in their personality as well as what made them memorable without going down the path of choosing something too obvious.”

“For example, the artwork inspired by Elizabeth Taylor includes eight pieces of jewellery to represent her eight marriages and the fruit reflects the citrus tones of the cocktail,” Clementine said.

‘National Velvet’ is the name of the Elizabeth Taylor inspired drink, which is a twist on the classic Mimosa, and features a diamond-shaped ice cube, as diamonds were famously ‘this gal’s best friend’.

“The other element I really wanted to incorporate was the playful nature that is at the heart of Maybe Sammy so the artwork had to look as joyful as the cocktails they represented,” she concluded.

Maybe Sammy is located at 115 Harrington Street, The Rocks, Sydney, and is open 4.30pm to 12am Wednesday and Thursday, until 1am on Friday and Saturday. 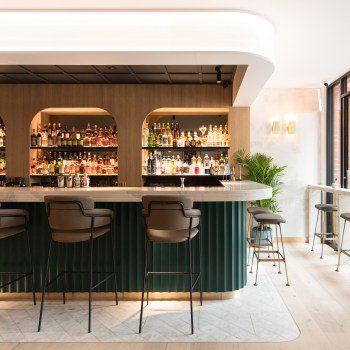 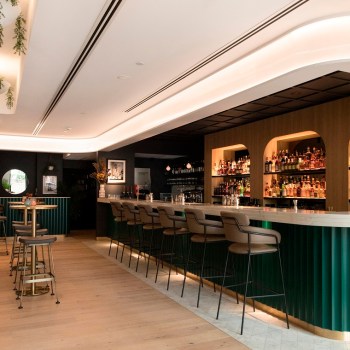 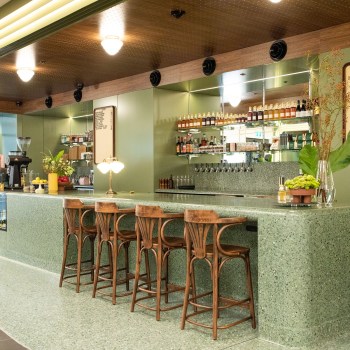