Bars and Clubs sister title, The Shout is running an Industry Women Spotlight Series, sharing the stories of women from across the industry, raising awareness for the challenges they face and passing on their advice for the next generation.

The series has previously spoken with Alissa Gabriel, Bars Manager at Hinchcliff House and has recently shared the story of Ciara Doran, who is Co-owner of The Doss House and Frank Mac’s and a passionate force in hospitality and Sydney’s small bar scene.

It was never necessarily a plan of Ciara’s to go into hospitality while growing up in Ireland, and she actually has a degree in social science. Ciara said she was initially drawn to social work because: “What I knew was that I loved people, I loved being around people and I liked helping people.”

Ciara’s first taste of hospitality was when she spent a summer working in the Greek islands, a common thing for people in her area to do while studying. She worked for an events company that would fly in DJs from around the world and put on big dance events, and instantly fell in love with everything about that side of the industry – putting together the event, the pressure to pull it off and the satisfaction after a successful event.

“I never really thought that it was possible for this to be a career, but it was where I was happiest, and I loved doing it,” Ciara said.

After four years in the Greek islands, Ciara moved to Australia and got into the events side of the industry again, working her way through visa requirements while having the dream of one day opening up a venue of her own. Eight years later came the pivotal moment when Ciara had to decide whether she was going to make the jump to business owner in Australia, or pursue it in Ireland instead (and of course ultimately, she chose Sydney).

This was when The Doss House was born, or really, when The Doss House presented itself to Ciara and her business partner. They found the space first and built the concept of the bar around that, choosing the location despite its challenges – it was heritage listed and didn’t have a liquor licence before they began.

“I was really ready, and this was just something I couldn’t get out of my mind for years… I wanted to throw myself into something and really give it my all and see the results at the end. So I knew I had the drive, and it does take a lot of drive, more than I thought,” Ciara explained.

“But we learned a hell of a lot in the process and I was right in following that gut feeling. I think I did follow the right path and did what I was supposed to do in opening in this space. [I knew that even more] when we started to get positive feedback from customers and The Doss House started to be successful.”

Being a self-described “sucker for punishment”, last year Ciara opened Frank Mac’s, just a couple doors down from The Doss House. It was driven by her love of the process of identifying and building a concept, which she said has become an incredible passion.

Forever looking at new spaces and thinking of concepts to go with them, when the space for Frank Mac’s came up, it was perfect timing for Ciara to go down that route again, complementing The Doss House’s whisky focus with Frank Mac’s emphasis on gin.

Ciara’s idea of what hospitality should be is driven by her Irish roots, where pubs and bars are community spaces, with a “safe, comfortable and relaxed vibe.” In the personality of her two venues, Ciara wanted to combine this with Australia’s incredible standards of hospitality.

“I wanted to bring the heart back into hospitality – that real feeling of coming home, coming into a homey environment,” Ciara said.

A community feeling is also something that Ciara has noticed in the industry itself. She said it has always felt really inclusive and supportive, even for someone like her who was so new to the local small bar scene when she opened The Doss House. The connection between different venues, teams and people in Sydney especially has been something that has stood out for Ciara, especially during the pandemic.

“I don’t think there’s a whole lot of other industries that have that camaraderie, and that real community – I feel like there is a definite community feel in the hospitality industry in Sydney. You can always depend on other people that are in different situations or from other bars,” she said.

The concept of a community of like-minded people is also something that has been a key element for Ciara to get right on her journey as bar owner.

“I think the biggest challenge for me is surrounding yourself with a team that has the same vision as you do. When you have that, you should count yourself as the luckiest person in the world, because if you’re all on the same page, then everything will just flow really well,” Ciara said.

“Women have to work a bit harder to be taken seriously”

Through her position at the top of The Doss House and Frank Mac’s, Ciara said she’s seen and experienced some common challenges of women in the industry.

“I feel as though women have to work a bit harder to be taken seriously,” Ciara said.

Many of the examples that Ciara described on this point were about the often unconscious bias of patrons assuming that she (or another knowledgeable female bartender) wouldn’t have the same level of insight about whisky as a male bartender, as the spirit still often carries a stereotype of being mainly enjoyed by men.

“If a group of men are asking about a particular whisky, or they’re looking for some options of whisky, I think a female bartender has to display their knowledge a little bit more. Unfortunately that need to strive to work harder is always there for them because sometimes they’re not taken as seriously as men are, especially in those speciality areas. That’s still a massive challenge we’re all facing,” Ciara said.

The ways this manifests is through phrases that ‘talk down’ to female bartenders, like using darling, sweetie or honey when asking if a bartender knows anything about whisky. Of course, this doesn’t happen all the time, but Ciara said she is concerned that these types of interactions happen more to female staff than male.

Another bias that Ciara has personally experienced has been people assuming she isn’t in charge and must just be the wife of the manager or owner.

“I’ve often handled scenarios when customers have asked me if they can speak to my manager, and when I’ve said I am the manager and the licensee, they laugh or scoff at me,” Ciara said.

“It’s a little bit unbelievable because these are men and women that have that attitude, which is quite confronting for me. It doesn’t shock me anymore, but it definitely did. You have to work that little bit harder to even gain respect of your patrons and customers.”

One of the biggest things that Doran called out as being an issue for women in the industry was unconscious bias. Because it is unconscious, she said it is often not coming from a negative place, which is why her top advice for the industry in general is to speak out, educate and take accountability so these biases can be unlearned.

“Awareness is the first thing to do. I genuinely believe a lot of the time that if a man has that unconscious bias, it’s not meant in a disrespectful way,” Doran said.

“I think if the industry can bring awareness to it, first and foremost, it lets men question their own self awareness and ask themselves – ‘do I do that?’ Then they would become conscious of [their bias].”

Some of the things that this awareness should be focused on, according to Doran, is the way women feel when something about their abilities is assumed – for example, the assumption that a female staff member can’t or won’t bring the bins in at the end of the night.

“It’s just about holding each other a little bit accountable, and that doesn’t necessarily need to have an aggressive approach to it. I think people just need to be educated on the way they’ve done something so next time they will think twice.

“There is a massive shift in society in general so I think this is the time to bring awareness to the challenges that females have in their industry… I think it comes down to us speaking up and men listening.”

Doran also did say she finds this is already happening a lot in hospitality, and that the industry is already quite progressive, especially in the small bar world. It’s more about banding together to support women when these challenges do arise, including when it comes from the customer side.

In terms of advice for women seeking to follow in her footsteps, Doran said it’s important to surround yourself with the right people that will be accountable, supportive and foster your growth. Don’t mask your ambition – tell these people around you your goals and identify the ways that you can get there with your current workplace.

“A lot of people, but especially women, they don’t say ‘I want to be the general manager one day’ or ‘I want to open my own bar’. Find your voice with that. I love somebody with ambition, because they’re someone you’re going to put more time into for training and to bring up through the ranks because they’re committed,” Doran said.

“I think as women, a lot of the time we keep our thoughts and our goals to ourselves a little bit instead of speaking up to who you’re working with.”

When developing these goals, Doran said it was key to “be a sponge” and soak up as much knowledge and training as you can. She also advised to find a position or person you aspire to be at in your current workplace – if there isn’t one, you’re likely not in the right place for you.

Catch up on all the previous profiles from The Shout’s Industry Women Spotlight series here. 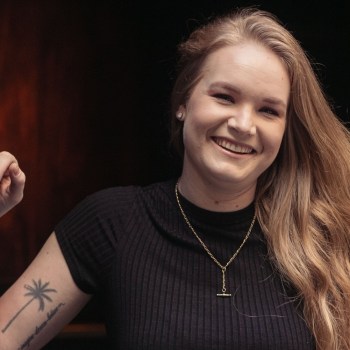 Alissa Gabriel shares her key messages for women in the industry 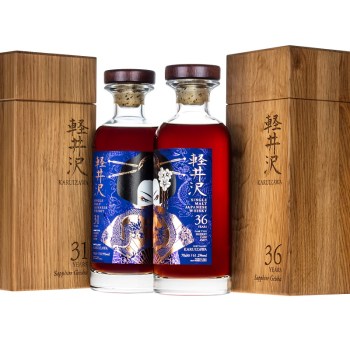 Get in the running for rare Karuizawa bottlings 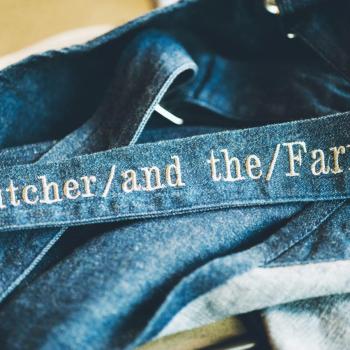