The 2019/20 Bacardi Legacy Global Cocktail Competition Australian champion Adam Dow is ready to compete once more with the return of the El Coco bartender grant that he believes is “one way of future proofing the people behind the bar”.

After the 2020 competition final was postponed last year due to the pandemic, Bacardi is reintroducing a virtual event for finalists to submit their cocktail recipe to be re-made and judged in London in June this year.

Dow explained: “The Bacardi Legacy Competition has become an iconic, calendar event for the bar industry globally and I can’t wait to represent Australia later this year at the finals. Bacardi has been a staple for me and the venues I’ve worked in for many years and something I’m really comfortable and familiar using on a regular basis. It’s a great product and company to work with and I’m really proud of the cocktail I’ll be taking to the world stage.”

“The introduction of the El Coco grant is a great one, it’s awesome to see Bacardi, a family-owned business giving back to the industry like this. It goes without saying that it’s been a tough year for hospitality folk so to create an initiative such as this not only pays homage to the history of Bacardi but also is one way of future proofing the people behind the bar which I think is pretty cool.”

Dow is hoping to wow the judges after successfully being named Australian champion in February 2020 with his original ‘Legacy’ cocktail The Golden Rule.

He said: “For the finals, I’m focusing on impressing the judges with my ease and simplicity of my Bacardi cocktail, The Golden Rule. The Golden Rule says that you should treat others as you’d wish to be treated. But famed American restaurateur Danny Meyer wrote in ‘Setting the Table’ that it is not a blanket rule in hospitality – more, it’s about treating others how they wish to be treated.

“As we’re moving virtually for the competition this year, the judges will be tasting my cocktail made by top bartenders in London which is pretty crazy! I think it’s great the competition is going ahead and in this new online format, it shows people that these cocktails don’t need to be over the top and can be made anywhere in the world, anytime. The presentation is a short one so I’ll be focusing on the inspiration behind the drink, its relationship with the Bacardi family history, and just making a great drink.”

The grant, valued at US$5000, is named after the iconic palm tree planted outside the first Bacardi distillery, will be paid directly to each of the 2020 global finalists upon receipt of their project idea in order to ‘seed’ their initiative and allow it to grow.

In delivering this promise with the addition of the El Coco bartender grants, Bacardi said it hopes to offer real financial support to the competitors who have worked so hard to develop and promote their unique Legacy cocktails, while also helping them to germinate innovations and solutions to boost their careers and the hospitality industry as it looks to recover from the troubled past year. 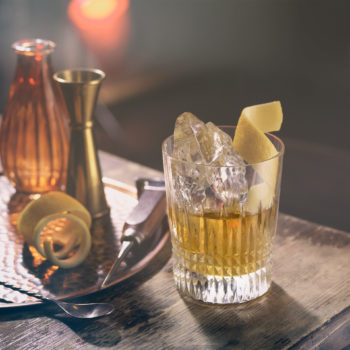