The team at award-winning bar Bulletin Place are known not only for their amazing cocktails, but also their experimentation and fermentation, making their own mead and low alcohol wines.

Bar owner Tim Philips told Bars and Clubs that with a lot of these drinks it wasn’t about selling them, or burning through them in cocktails, it was just a nice bartender handshake as someone’s experience at the bar was drawing to a close.

One of the problems with a lot of these wines and fermentation ideas was time, the drinks would need to generally sit in bottle for six months to really develop some flavour. So in looking to try and expedite this process former Bulletin Place Bar Manager Evan Stroeve came across Mistelle.

“This way of making aperitif, where you take the juice of a fruit and lightly ferment it over the course of a few days to week to get this really low alcohol fruit wine and then you pair it with a spirit of the same fruit to fortify it, was really quite cool,” Tim told Bars and Clubs.

“Generally speaking they’d add a bit of sugar and in some they would add botanicals like flowers or citrus peel and we loved the idea and thought we could have some fun with it.”

And it was with this in mind that Rhubi was born in the bar, back in 2018.

“We decided to try making these, and rather than using the typical apples, or pears or grapes, we gave it a shot with rhubarb and it worked really well. We liked it enough that we thought ‘Jeez, we could actually sell this, and that started the discussion of making this a commercial enterprise.”

These things are never that simple though, and Tim said that while the agency they partnered with nailed the brief in terms of design, look and bottle there were a lot of costs involved getting that right and then there was the process of scaling up production.

“One of the biggest issues we were finding was that it’s quite difficult taking something that’s made in five-litre batches, with its own little inconsistencies from batch to batch, to something that’s largely imperishable, that still retains the integrity of category, doesn’t take any shortcuts and can be done on a large scale.

“So us finding the right producer who could do that took a lot of time. We weren’t willing to sacrifice on production if we were going to put our name on it, look people in the eye and charge people for it. That process of finding the right partner took us a while and we are really thankful that we took our time with that.

“We honestly think that with the partner we have we now have something that is really authentic and stands up to the integrity of paying for it. There’s a combination of dried mandarin and grapefruit skins that we steep the product in, and that really highlights some of the aromatics in there. We know how people drink at home, so if you don’t have a garnish or citrus at home it doesn’t matter. Obviously, visually it takes away from the drink, but we feel like we’ve got so many ripe citrus aromatics in the beverage that you just add soda and it’s a great cocktail proposition.”

And that idea of having a really premium product that works well in a simple serve was something the team was always looking for with Rhubi.

“The idea with this product was always to create something that made cocktails, easy for consumers, but also with an eye on bartenders working in phenomenal restaurants, or license cafes, wedding venues or small bars where efficiency is key,” Tim said.

“Just because a drink might only have two ingredients one premium and the other is soda, doesn’t mean you need to necessarily take away complexity or depth the flavour.

“So we really tried to keep in mind those serves that were valuable for a consumer home who was able to just crack open their carbonated SodaStream, top it up Rhubi and take it to a picnic, all the way through to those restaurant bartenders who want to really approachable aperitif that’s easy for them to get out to their guests.”

And the moniker ‘Just add Soda’ is something the team are trying to own a little bit with Rhubi as Tim explained.

“Just add soda came about because we were playing around with it as a cocktail proposition and every drink under the sun and the serve we just kept coming back to was a simple Rhubi and soda. We feel like we’ve got the product to a really good place where we don’t even need to dictate how much Rhubi to how much soda and what garnish we need to implement.

“We’re just telling people if you like to drink it strong put more Rhubi in and if you like it a little bit softer then put less in it. We feel like you’re going to have a really wonderful balanced drink and obviously in today’s zeitgeist of having a simple, low sugar, low alcohol serve it’s very simple to execute and it’s certainly something that I want to drink on a hot summer’s day or after work on a Tuesday.”

There’s no doubting Rhubi is already proving popular with the first batch selling out in eight days and Tim added: “It’s been really, really well received. We are fortunate at the moment to be stocked in over 50 of the best bars, mostly on the east coast of Australia, plus we’ve got some really great support from Darwin, Adelaide and Perth as well, so we are really very thankful that people have got behind us.”

As Tim said there is no denying the trend towards low sugar and lower alcohol drinks, plus consumers are still flocking to aperitif-style drinks, and Rhubi sits perfectly in this space. To find out more, head to the Rhubi Mistelle website. 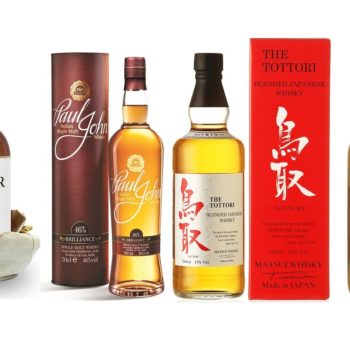