The international industry has spoken, and it looks like one of the big trends to watch this year will be the rise of rum.

In the recently released Bacardi 2020 Cocktail Trends Report, one of the global trends they identified was that bartenders see the dark rum category as having significant potential. According to their Global Brand Ambassador Survey (GBAS), 43 per cent of bartenders around the world voted dark rum as the top spirit to premiumise.

We know today that premiumisation continues to be a huge driver behind consumer behaviour, as more people ‘drink less but better.’ This is also evident from Bacardi’s report, which described premiumisation as “one of the single largest market drivers across most developed economies.”

So in theory, rum is set to take over the world. But what will be the reality?

As previously reported on The Shout, the potential of rum was a topic at last year’s Drinks Innovation Summit, where Mauricio Vergara, Managing Director of Bacardi-Martini Australia, said there is significant work to be done before a full blown Rumolution is possible.

“If you look at rum and you think about the category, it really has all the elements for a brand or category to premiumise; it has heritage, it has craftsmanship, you can talk about provenance, aging; so it has all the components. So you see different brands are trying to develop that category,” Vergara said.

However, this development is held back by complex challenges surrounding the governance of what rum is, impacting consumers and their engagement with the category.

“I think, different to scotch for example, rum hasn’t really set clear codes, in terms of internationally, and that has actually confused the consumer,” Vergara said.

“The industry in general has to do a better job of setting the codes of what rum actually is and be clear on that to the consumer. That’s one of the biggest barriers for rum… because of that, there hasn’t been a clear way for consumers to navigate rum and that’s why it’s going to take longer because there’s a lot of education that has to happen.”

It’s all about shifting consumer mindsets about rum and its rituals, drinking occasions and suggested servings. If this is done, it’s not just Bacardi who are predicting a rise in rum.

IWSR Drinks Market Analysis have also identified the premiumisation and innovation of rum in their top five global beverage trends for 2020. In order for this to happen on a wide scale though, the analysis acknowledged that the category has to evolve to “re-position the spirit as a sipping drink, moving away from a consumer perception of a low-quality party drink”.

Zooming out and looking at the rest of the Bacardi report, there are a range of global cocktail trends predicted for 2020 that could help boost the popularity of rum by helping consumers explore the category and it’s potential.

Natural ingredients: Bacardi’s report shows that consumers are increasingly seeking natural ingredients and flavour profiles. It indicates the growing popularity of “balanced, natural, fresh and healthy ingredients,” from ginger to lavender to grapefruit. The report also quotes an external survey that said this trend is especially common in millennials.

Exotic ingredients: Building from the last trend are exotic fruits and berries that are different to the norm. Access to a global pantry is increasing and along with it is a consumer interest to explore other cultures and cuisines through food and drink.

Ferments: The top mixers of interest for bartenders according to Bacardi’s GBAS were ferments like kombucha and kefir, being the choice for 51 per cent of respondents. Increasingly these are being added into traditional recipes and punches or replacing other mixer types as consumer interest in them as standalone beverages grows.

Rum fits into these trends as a versatile category that features different styles (e.g. spiced, white and gold, and flavoured). Cocktail culture could therefore be key to unlocking the potential of rum in consumer mindsets.

Whether you believe the Rumolution is nigh or you’re not yet sold, the data shows its certainly a category to watch in the next 12 months. 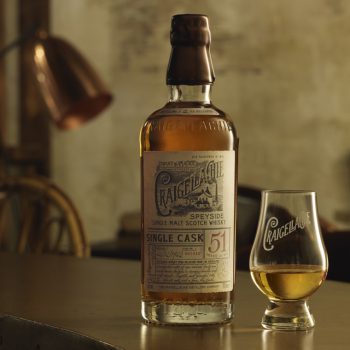