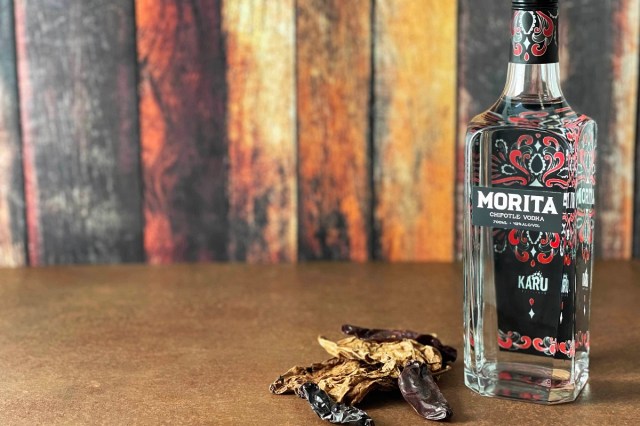 Karu Distillery has launched a new vodka into its core range, Morita Vodka, which has been created using the Morita chilli and a number of other botanicals.

The vodka has been crafted in a similar way to gin, which co-owner and distiller Ally Ayres explained to Bars and Clubs, means it is much more than just a flavoured vodka.

“It’s got a lot more thought and a lot more purpose, it’s not just one flavour. This vodka has its spiciness as a sensory feel and then you get a lot more of the other flavours to have more purpose and more depth.

She added: “We make this the same way that we make our gins, so it’s done in our reflux column still and botanicals and vapour infused in the same way as our gin. This gives it more of a delicate profile, you don’t get the harsh tannins.

“I spend hours de-seeding chillies, so it doesn’t have the seeds in there because they add a really undesirable flavour and here we are all about doing things to the utmost quality.

“The meco and morita chilli, although they are the same type of chilli they have different profiles to them, the meco has a more smoky vegetal flavour whereas the morita has a bit more of the fruity characteristics still there and are less smoky. So having those two come together really is a match made in heaven.”

Ally, and husband Nick decided that with this vodka they would use more of the morita chilli, and Ally explained why.

“It’s just a bit different. I really like to be surprised by things and the morita chilli is just really delicious and gives a bit more difference to the vodka and challenges what people think they know about chipotle chillies. It matches a lot more with Mexican cuisine and works as a really good replacement for the more acidic cocktails.”

Nick said that this vodka is something that they have been working on for some time.

“Morita is something that Ally and I have been working on, on the back burner for the last three years. We developed the idea before releasing Affinity, and then just got very busy with all things gin. Then we revamped towards the end of last year.

“The goal of the vodka is to be a spirit that is really fun and playful in cocktails. We’ve used two different types of chipotle chilli, the meco and the morita and we’ve also got lime, capsicum, coriander seeds and agave nectar in there.

“We had the base of the recipe and then it was a couple of months of R&D to really get those profiles right. Ally and I are massive tequila and mezcal drinkers and we wanted this to reminds us of tequila and mezcal and that really good agave spirit, and then also to be able to be used in those styles of cocktails as well.”

In terms of how to drink Morita Vodka, Ally told Bars and Clubs: “It works really well in a Bloody Mary, and also it’s a great spirit to use as an alternative in a Margarita. There’s also a really popular drink in Mexico called Mangonada, so we’ve created the Morita Mangonada, this uses a lot more chilli, salt, apricot jam, mango and a lot of lime juice and it’s just a good time, it’s a party in your mouth.”

The pair had planned to have a great launch party this week for the vodka, but with NSW in lockdown that has been put on hold, but Nick said they are hopeful it’s something they can still do in August or September.

He said: “This is a really playful spirit and something you can have a lot of fun with, but it’s hard to show that when everyone has to be sitting down or watching on a screen, so we definitely want to have something that is more interactive and fun.”

The Morita Vodka is available now either direct from Karu Distillery, or for the trade, through Nip of Courage Wholesale. 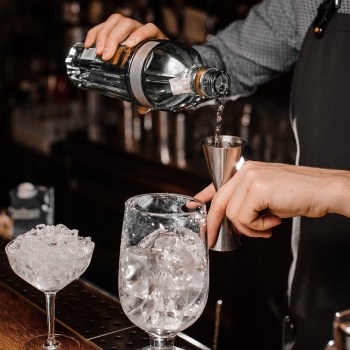 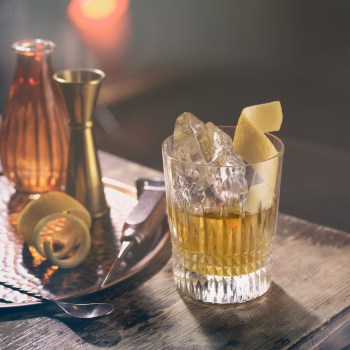