When the team at Craigellachie discovered a 51-year-old barrel in the warehouse, it was as though the whisky angels were smiling down on them.

From the number of bottles it held through to the ABV being just over 40 per cent, there is a serendipity behind this dram that makes it unmissable, as Craigellachie’s Global Ambassador, Georgie Bell, told Bars and Clubs.

“We have 51 bottles of it. That wasn’t just us saying we’ll release 51 bottles, I think the whisky angels just looked down on us and said ‘yes this time we’ll do it’,” Bell said.

“The whisky comes from a refill Bourbon Hogshead, so obviously that level has gone down significantly over those 51 years. Starting with about 250 litres and leaving us with 51 bottles. And at cask strength it is coming in a 40.3 per cent ABV.”

If it has come in at under 40 per cent ABV then contingency plans would have been needed as technically it wouldn’t have been Scotch.

Bell continued: “Usually a whisky of the rarity it would have a crazy price tag attached to it, put in a collection or on display, but it may never be drunk. The team at the distillery back in 1962 didn’t make the whisky for that, and similarly the team that are working at Craigellachie distillery right this second aren’t making it for that either.

“That’s one of the key things we wanted to do with Craigellachie 51, to celebrate not only the team who made it back in 1962 but also celebrate our teams within the distillery and in Scotland who left it patiently waiting.”

So to celebrate this whisky and the whole idea that whisky is made to be shared with friends, Craigellachie is giving 80 people across Australia the chance to share this dram with a friend for free.

But you’ll have to be quick. To have the chance of tasting this incredible whisky you have to enter a lottery at www.craigellachie.com/bar51. Registrations close at midnight AEST and Friday 11 October.

Sydney’s Bar 51 will run from 23-25 October at The Duke of Clarence with competition winners being treated to a private tasting of Craigellachie’s 13, 17 and 23 year old age statements before being guided to the Craigellachie 51 exclusive tasting led by Bell. The whisky experience will conclude with a cocktail made with Craigellachie’s 13-year-old expression.

So miss out, register today. 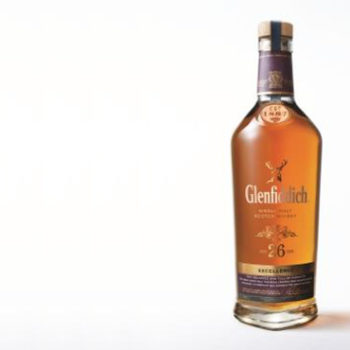