The City of Sydney has announced that it is calling on the NSW State Government to increase small bar licence capacity limits from 60 to 120 patrons.

In the submission to the Liquor & Gaming NSW Review of the Small Bars Legislation, the Council also called for the removal of restrictions on trading hours for small bars in liquor freeze areas.

The reason for the submission, the council says, is to “encourage the long-term sustainability of small bars and increase local live music programming”.

City of Sydney CEO Monica Barone says more can be done to support the recent growth of small bars across the city and ensure their long-term sustainability.

“Sydney’s night-time economy is estimated to make a contribution to the economy of more than $19 billion and provide more than 31,000 jobs,” she says. “More than 2124 licensed premises contribute to creating a vibrant and diverse nightlife, helping Sydney to compete on the global stage as one of the most liveable and inviting cities.

According to recent figures there are approximately 128 small bar-style venues in the City of Sydney’s local government area, but only 21 per cent of those currently operate under a small bar licence. That is due to the Liquor Act 2007, which restricts the small bar licence holders to a capacity limit of 60 patrons, leading some small venues to apply for an on-premises (restaurant) licence or a hotel (general bar) licence in order to create a sustainable business model.

“Venues with a small bar licence can often face the challenge of sustaining live music and performances with these limited patron numbers,” Barone says. “The City’s submission recommends redefining the small bar licence to increase capacity limits to 120, facilitating greater creativity and innovation in our smaller venues.

Increased patron numbers – a standard measure in other global cities – will increase the contribution small bars have on creating a lively nightlife for our residents, workers and visitors.”

The City’s submission includes nine recommendations in response to the Review of Small Bars Legislation: 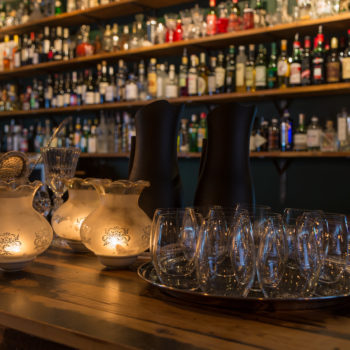