Glenmorangie has released a new whisky, X by Glenmorangie, which has been created with a range of top bartenders from around the world, and is designed to be perfect for mixing.

The whisky moves away from those embedded traditions of Scotch, with the focus being on the array of flavours rather than age statements and barrel types. That move away from traditions is then emphasised with the whisky’s push towards inspiring delicious mixed drinks.

Dr Bill Lumsden, Glenmorangie’s Director of Whisky Creation, said: “X by Glenmorangie came from our dream of creating even more flavour possibilities, with a single malt that’s not afraid to mix. Consulting with top bartenders, we crafted this sweeter, richer single malt for all those enjoying mixing at home.

“Luscious with vanilla and pear, succulent orange and honeysuckle, all drizzled with chocolate fudge, X by Glenmorangie is perfect paired with a favourite mixer. So, whether you’re planning a brunch or a date night or want to experiment with your own flavour combinations, this whisky will bring your drink the x-factor.”

Glenmorangie’s smooth, delicate style makes it a great choice for mixing – and these characteristics are accentuated in X by Glenmorangie. This whisky’s sweeter, richer taste makes it particularly delicious when mixed, both complementing and cutting through all manner of mixers.

To inspire mixing, Glenmorangie has designed a series of refreshingly simple serves – each needing just two to four ingredients and easy to make at home using X by Glenmorangie.

The recipes can be found on www.glenmorangie.com and on the single malt’s social channels. 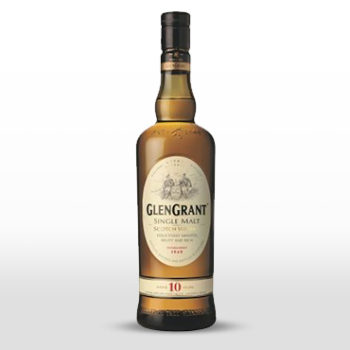