The future of gin: where to from here?

Strawberry, marshmallow root, raspberry, gingerbread. Flavour profiles of modern gins are starting to sound like Willy Wonka’s shopping list. And those are just the sweet ones. The gin boom has also given us truffle gin, coffee gin, and just this year, hemp gin. With a seemingly constant stream of new brands spruiking increasingly crazy flavours, gin in 2019 is starting to look a lot like vodka in 2012 – overcrowded, over-sweetened, and headed for collapse.

Not so long after gin’s dramatic resurgence, have we already reached peak gin? Talking to Australian gin distillers reveals a diverse category full of contradictions.

“I’m a firm believer that we’re reaching saturation point of local producers… along with consumers reaching a point of ‘gin-fatigue’,” says Brendan Carter, chief distiller and director at Applewood Distillery. Carter has seen a lot of creative gins since he began distilling in 2012, but there’s one recent trend that’s caught his eye. “You know [a] category is flooding when ‘fruit gins’ start showing up,” he says, adding, “remember the vodka days?”

By contrast, Stu Gregor, cofounder of craft gin powerhouse Four Pillars, doesn’t believe gin fatigue has set in. “Not just yet – we are leading the spirits world in Australia for growth in both volume and value, and there are still many more great gins yet to be released I reckon,” says Gregor.

Ryan Hartshorn, head distiller and director at Tasmania’s Hartshorn Distillery, agrees. “I don’t think gin will reach a saturation point any time soon,” he says. As for consumer gin fatigue: “there are too many variants of botanical and so many different options of drink creations for the consumer to grow bored of the drink.”

Optimists like Gregor and Hartshorn can point to gin’s continued growth in Australia, where gin sales surged by 30% last year, according to Dan Murphy’s, making it one of their fastest-growing spirit segments. Meanwhile, UK government figures show exports of British gin to Australia nearly doubled in the first half of 2018, meaning Australia is one of the larger export markets for British gin.

So far, so good. But Carter is far from alone in sounding the alarm about the current wave of flavoured gins. In the UK, Hayman’s Gin launched the ‘Call Time on Fake Gin’ campaign last year. The aim is to draw attention to spirits that are sold as gin but do not taste predominantly of juniper, as required by EU law.

Matt Parkin, a co-founder and director of Brisbane boutique distillery Art of Booze, says such juniper-light gins are essentially indistinguishable from flavoured spirits. “Gin might be in a place where if you got four contemporary style gins from around the world [in a blind taste test] there could be people saying they tried some gins and some flavoured vodkas,” he says.

Parkin has a point. Pink-coloured flavoured gins are so popular they now have their own subcategory – and it’s growing. According to one estimate, there are at least 150 different pink gins currently available in the UK, up from just five in 2013. Although it began with independent brands like Edgerton and Pinkster, big brands such as Beefeater and Gordon’s are now pushing the pink gin bandwagon.

Jodi McLeod, marketing manager for emerging brands at Diageo, describes Gordon’s Premium Pink as a “juniper forward” gin, but acknowledges that some flavoured gins “stray way too far from that juniper-led flavour profile.” Last year, flavoured gins accounted for more than half the growth in gin sales in the UK. That’s driving fears that flavoured gin is diluting the category overall and will only lead to a race toward cheaper prices and wilder flavours – in other words, a vodka-style bubble.

Shifting the spotlight off juniper

Ask any distiller if gin’s juniper-led flavour is important, and they’re bound to tell you it is. After all, juniper is the one thing that makes gin, gin. As Carter puts it, “any gin that seeks to showcase Australian native flavours in a fun and approachable manner needs to be a truly great gin before anything else – and that comes from juniper firstand-foremost.”

Hartshorn, who distils the decidedly unconventional Sheep Whey Gin, agrees juniper is an essential component, but adds, “In my opinion, I don’t like to have the juniper flavour as the dominant botanical.” Instead, Hartshorn prefers to let the juniper take a backseat to two native Australian botanicals. “The traditional gin botanicals have been done to death,” he says.

To purists, that may sound like an admission of heresy. And yet the small-batch Sheep Whey Gin is a far cry from the mass-marketed flavoured gins that have many in the industry so worked up. Hartshorn chooses his botanicals carefully and juniper is still a prominent part of the mix – to lump his gin into the same subcategory as a sugary pink gin would surely confuse more than clarify.

The distillers interviewed for this article all see native botanicals as one of the great strengths of Australian gin. But under the current definition, there’s a fine line between showcasing Australian flavours and ending up in the flavoured gin bin. Something’s got to give.

The Hayman’s campaign led to calls for stricter enforcement of the current definition to separate ‘real gin’ from flavoured gin, but that could easily discourage the experimentation gin is known for. Parkin foresees Australian distillers moving away from gin to create their own spirit, without having to rely on an imported botanical like juniper. “Branching from gin to create a spirit which can be uniquely Australian I think would be beneficial for the Australian industry without adding confusion [to] the gin category,” he says.

Has gin outgrown its original definition?

But perhaps the simple ‘predominantly juniper’ definition just isn’t enough to capture the full spectrum of modern gin. After all, we use country of origin as a shorthand for flavour – Spanish and Mediterranean gins usually feature spices or savoury notes, Japanese gins are often made from rice spirit and sport botanicals like yuzu. The rise of pink gins and barrel-aged (or yellow) gins shows colour is another quick, colloquial category. Clearly, we’re already separating gins into informal groups other than simply traditional or flavoured.

These terms don’t need to be enshrined in law, but the industry could formalise their usage, to help drinkers know what to expect when picking up a new gin. The UK Gin Guild is looking to do just that. Instead of becoming the juniper police, the guild is consulting with distillers to create a common “gin lexicon,” which will include descriptions beyond the legal definition. Formalising gin subcategories won’t turn back the tide of pink gins, but it will at least ensure producers and consumers are on the same page.

In the long run, both Gregor and Carter are confident that if our thirst for gin starts to wane, quality products will outlast flavoured gimmicks. “Some of the gins that are not truly craft, not ‘fair dinkum’ if you like, might slowly fade away,” Gregor says. And Carter believes “those distilleries that hang around will have a long and prosperous future…worthy of global attention.” Pink gin may be all the rage for a summer or two, but gin itself has many more summers to go. 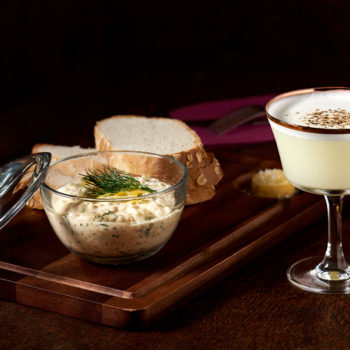 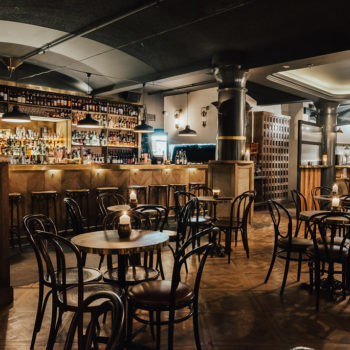