The Arcade Bar is a console of fortitude having overcome diversity from its local council, “busy bodies and party poopers” and harsh COVID-19 restrictions since officially opening in September 2020.

One of its owners, Shylie Woods told Bars and Clubs that business is looking up despite all the bar has faced as it prepares for a busy 2021.

Woods was quick to observe the elephant (or virus) in the room, saying that The Arcade Bar owes its current success to its location in Launceston, Tasmania, stating how things may have been “a different story” if it was opened in a more heavily affected state.

The successful tale started even before the bar’s opening, with the pandemic offering a chance to ensure designs were perfect before September. In its early months, Launceston’s willingness to stay safe quickly helped the 80s style video game bar get on the front foot of the pandemic too and avoided any unnecessary halts in trade.

Shylie said: “We did most of the fit out ourselves, so in the early days of COVID-19 the fact that there were no people out and about meant we could take our time.

“Being open with the COVID-19 requirements was definitely a challenge. We spent time and money on things we wouldn’t have otherwise. Being owners of the property definitely helped.

“Surprisingly, people needed zero encouragement to sanitise their hands and sign-in, they did it as a reflex.”

The Arcade Bar was faced with unfavourable conditions of entry during its opening months, with indoor venue restrictions preventing essential foot traffic from entering the bar.

Shylie added: “The ‘no standing or dancing’ rule, especially when it was changed to be indoors only, was very hard to manage and extremely disappointing.

“It meant that there was not a level playing field among venues in Tasmania and people flocked to those venues with outdoor spaces. When that rule ended in Tasmania, we were somewhat relieved given it’s unsustainability.

“The same could be said for JobKeeper. Being a new business we were not eligible, which continued to slant that playing field in favour of other businesses. Months of seeing loss leader specials and hearing through the
grapevine of businesses taking advantage of government subsidies were disheartening and meant we were unable to keep staff on as we were paying their full wages.”

Shylie said the business was also hit with a degree of revolt from its innovative bar idea, stating: “The other thing we discovered was the parochial nature of doing business in Tasmania. Other businesses here won’t hesitate to use ‘lawfare’ to guard what they see as their turf.

“Unfortunately, support from other areas has been hit and miss… a couple of other businesses (outside the hospitality industry) have very outdated attitudes towards change and don’t mind having their lawyers send pointless letters saying they don’t like us very much.

“Being from Sydney we’ve found their approach annoying at worst and hilariously quaint at best. That part of it all has been really weird. Maybe we’ve just lucked into an odd corner of town.

“This is always par for the course when running any business, wowsers busy bodies and party poopers are universal.

“To our knowledge we haven’t had any private complaints but jeez we’ve had some other unrelated businesses take a disliking to ‘mainlanders’ with their ‘new fangled ideas’.”

Despite this shock feedback from other industries, the bar network and local council was supportive of Shylie and her co-owners in their endeavour. However, it didn’t last long before politics favoured the old, not the bold.

She said: “Other bar owners however have been great and very supportive. The small bar community here in Launceston has been very welcoming, they clearly understand that all boats rise with the tide.

“Sadly, we can’t say that since. Again, there seems to be double standards in how policies are enforced and those businesses that have been around for years but appear to be doing the wrong thing are given exemptions, yet new businesses are targeted for stringent assessment.”

A shining light at the end of the tunnel from governerning industry bodies helped Arcade Bar from not only getting back onto its feet after overcoming pandemic restrictions, but also helped it support the local community.

Shylie explained: “Licensing was also very supportive during the pandemic and refunded fees and the state government provided a small cash grant.

“All very positive things which resulted in us pressing on with purchases quicker than we might have otherwise. And, since it was Tasmanian cash, we did make a point of buying big ticket items such as fridges and furniture locally.

“It genuinely made us incorporate earlier than we would have otherwise as well.”

The next stage of success for The Arcade Bar relies on the state and federal government encouraging a boost in tourism to Tasmania, with some initial trade already on the way.

“So far so good, and we’re seeing more and more tourists visiting Launceston which is fabulous after being locked down for so long.

“In terms of customers for The Arcade Bar, it’s been fantastic. We’ve grown to have a group of locals who we look forward to seeing every week.

“If the federal and state governments can provide some confidence to people that there won’t be anymore snap border closures leaving people high and dry – then 2021 will only get better.”

Further to their recent boost in tourism, The Arcade Bar is looking to expand trade opportunities with new events starting soon.

“We’re looking to expand our opening days and offer more events in the bar, cementing our place in Launceston as both an experience and a destination for locals and tourists alike. Our first open mic night is coming up on Thursday 6 May.”

She noted, the key to the bar’s current success has been in its cautionary and minimal start that kept expenses to a minimum, allowing the business to grow once it found the right formula.

“Own your premises and keep a good balance sheet. We’re coming from the angle of it being a retirement style business… focus on your core offering as there are too many variables right now. ‘Keep it simple stupid’. Build on things, don’t invest too much up front. Get a minimal viable product and then add after the money starts coming in. Less pain if you get another shutdown.” 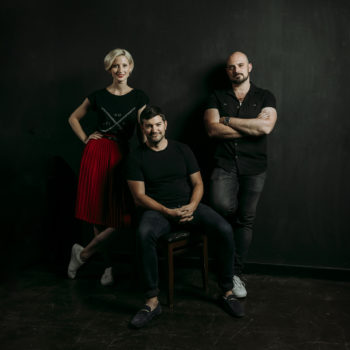