Unless you’ve had your head under a rock that was also under a rock, you will know that Australia’s gin scene is booming; that boom has now been recognised on the global stage, with five major wins at the Icons of Gin awards, which took place in London last week.

In 2015 Sacha La Forgia started up Adelaide Hills Distillery in his laundry – it’s come a long way since then taking out awards at competitions such as the San Francisco Spirits Competition and the American Distilling Institute Awards over the years.

This year Adelaide Hills Distillery was named as the Distiller of the Year at the Icons of Gin awards, a tremendous achievement and La Forgia said he is humbled by the award and proud to offer a true Australian gin selection.

La Forgia said: “I am truly humbled to receive this award, there is nothing I love more than making great tasting gins and knowing that we do it in a way which is sustainable for our precious environment. Cheers to that.

“One of the best parts of receiving this award is that we didn’t even enter, Gin Magazine had been watching us, and liked what they saw.

“Considering how many great craft distilleries are around these days it’s really special.”

The distillery’s core range is its 78 Degrees gins, but it also makes Bitter Orange, an Australian aperitif and a Native Grain Whiskey, which instead of being made from thirsty crops like barley it leans on Wattle Seed and other endemic grass species, which can grow without any inputs throughout Australia.

Mikey Enright and Barrelhouse Group are no strangers to awards with their various bars in Australia, but he told Bars and Clubs, he was delighted that The Barber Shop had been recognised internationally after being named as Bar of the Year.

“What an incredible achievement for the team at The Barber Shop in Sydney,” Enright said. “We’ve had a few runner ups (Top 10) at Tales of the Cocktail but never actually won an award from an overseas institution, until now.

“One very happy Boss right here and congrats to our Australian pals that did amazingly well too.”

Those Australian pals include the fabulous Caroline Childerley, The Gin Queen, who was named as the Communicator of the Year, she told Bars and Clubs, “I’m stunned and thrilled. Moreso because it was a great night for Australian Gin – Best Distiller, Distillery, Sustainable Distillery and Bar of the Year.

The wins kept on coming for Australia, with Archie Rose’s Dave Withers named as the Master Distiller/Master Blender of the Year and Cape Byron named the Sustainable Distillery of the Year.

Eddie Brook, Co-founder & CEO of Cape Byron Distillery told Bars and Clubs: “We were absolutely stoked to hear the news that we were awarded the Icons of Gin International Sustainable Distillery of the year.

“We have picked up a few awards along the way however this award holds an extremely special place in our hearts. Sustainability and having a positive effect on our Environment is something that flows through our family and our company’s veins.

“This idea of Sustainability (sustainable best practice) runs through every part of our business hence why the team is so excited to receive this award.

“If we can build a thriving business and produce exceptional spirits whilst having a positive impact on the community and environment then we can hold our heads up high.”

The Archie Rose team was also understandably delighted with the award, and Founder, Will Edwards, told Bars and Clubs: “We’re incredibly proud to see Dave win this award in recognition of his hard work and dedication to producing innovative, exceptional quality spirits, as well as leading our amazing production team since we launched in 2015.

“He and the whole production team have been instrumental in us becoming Australia’s most highly awarded distillery and I can’t wait to celebrate with him at the bar this evening.”

The award winner himself added: “Super stoked, looking forward to a drink or two this evening.”

Congratulations to all winners, an amazing achievement to see Australia’s gin scene recognised around the world. A sustainable future for the Australian spirits industry 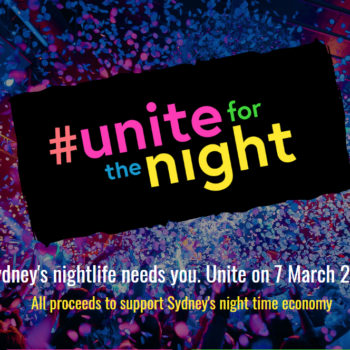