How good would it be to be sipping on Sazeracs in New Orleans right now, catching up with old friends from across the globe and enjoying the wonderful Tales of the Cocktail (TOTC) vibe?

But like so much else this year TOTC has had to change and TOTC2020 is now a virtual event, taking place this week. There are still a lot of great events taking place, so make sure you register to see what is happening, just head to the Tales of the Cocktail website.

One thing still taking place is the widely-respected Spirited Awards, albeit in a digital format for the first time. The award categories celebrate a range of talent, from bartenders, brands and ambassadors to journalists and media and this year Australia had four bars and a brand ambassador named in the top four in different awards.

Monday saw the first winners announced, and unfortunately this year Australia missed out.

“In a year that has caused us to all contemplate so much, there is no question that these individuals and establishments are worthy of celebration on a global stage. Their contributions are advancing this industry forward at a much needed time for change and we are honored to have the opportunity to recognise them.”

Overall Chair, Charlotte Voisey, added: “The winners announced today represent such talent and hard work in our industry. Today we celebrate their excellence as well as the opportunities to spread their knowledge further, through mentorship, to more communities within the bar world.”

The Baxter Inn was pipped to the title of Best International High Volume Cocktail Bar by Licoreria Limantour, Mexico City, while Byrdi missed out on Best New International Cocktail Bar, with the award going to Kwant in London.

See here for the 2020 Spirited Awards Winners Announced on September 21: 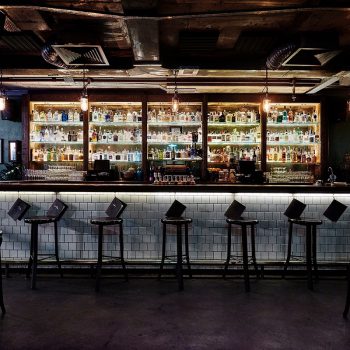