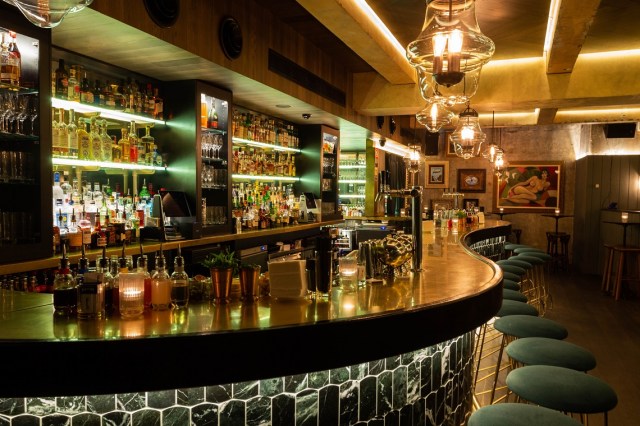 The gentleman often threw parties in their home, a weekly ritual that began to draw more and more of a crowd, until there were lines of people waiting to get in. These lines were often filled with uninvited strangers, drawn only by the legendary status of the apartment’s parties.

It was after one of these parties that Zaric and his colleagues-turned-business-partners decided they should open their own venue. This was around the time that the city’s mayor had just outlawed smoking inside bars.

“It was a different time,” reflected Zaric. “There was a loophole in that law which stated, if all the employees are owners, then you can allow smoking. So we said, why don’t we open a small place where only we would work? We are all employees, we’re the owners and people can come and still smoke and we will always have business… that was the idea.”

And so the very aptly named bar Employees Only was born. But as they started to build on their idea and create the space, New York state law followed the mayor’s action and closed their loophole.

“We were so far along already in developing this concept, and we loved the name,” said Zaric.

While they couldn’t allow smoking, the idea remained to create a space that would accept everyone for who they are and let them enjoy themselves without pretence.

When it opened in 2004, Employees Only quickly became known for its commitment to inclusivity, impeccable service and embracing fellow hospitality workers. Serving food and drinks late into the night, the bar was there when people got off work and wanted to go out themselves.

Twelve years after opening the doors to New York City, Employees Only went international, debuting its second outpost in Singapore. Since then, more outposts have been established across the world, including our very own Sydney. This week, Zaric and the Employees Only team celebrate one year at this Sydney outpost.

Marking the milestone with a glamourous 1930s party, Zaric sat down with Bars and Clubs before the festivities began, to talk about the anniversary, his time in Sydney and the best advice he has for young bartenders.

Zaric said the biggest thing to understand about Employees Only international outposts is that they don’t have a franchised corporate model like McDonalds. Each location is different, according to the specific bar culture and rituals of the area. The specifics of Sydney were what drove the first Australian outpost to be located there.

“I like the energy in Sydney. I’ve travelled around the country a lot… visited my fair share of the cities. And I felt that Sydney has that energy that I have associated with Employees Only,” Zaric said.

“It’s quite different and it’s intentionally so. The one thing that connects all Employees Only is this energetical experience that you have here.”

Despite this energy, Zaric said he was shocked to learn that such a socially developed country like Australia has such strong drinking regulations and attitudes.

“I knew that these lockout laws were doomed to fail, it’s just simply a question of money. I started being asked around the world, why are you opening in Sydney, I heard you cannot drink there anymore? So this is the perception that people around the world had about Sydney.”

“It’s not really attractive for tourists to come here… I can’t have a shot after midnight, are you kidding me? What am I, 12?”

As for local patrons, Zaric said he is thankful for a good first year and for being welcomed by the people of Sydney for what the bar brings.

“I’m very happy and glad and grateful that the hospitality industry locally here has embraced us as their place of refuge,” he said.

“We do get, after midnight every night, our guests from the hospitality industry, our brothers and sisters. We serve food til late, specifically because of them, so that they can have a place to eat after work.”

The first birthday party, which took place last night, was aimed at showing appreciation for this crowd that has kept Employees Only Sydney successful since it launched. Packed from wall to wall, guests sipped specialty cocktails, listening to a live band while watching burlesque dancers shake and shimmy across the bar.

“It’s our thank you, for best guests, friends, family, the hospitality industry, our brand partners… I want to say thank you for 365 days of support, of trust, of just… believing in us,” Zaric said.

In terms of hopes for the future, there is no plan for world domination at Employees Only. Instead, Zaric said: “I hope we continue to be a safe and reliable place to work in. It’s more important for me than any monetary success or any fame.”

“I’m interested in living a wholesome life and leading my staff by example. I’m interested in passing on what I know to my students so that they can pass it on to theirs, because that’s how I was treated by my mentors.”

Being recognised throughout the years as a true mentor to the next generation of bartenders, Zaric still appreciates the advice he was given when he was starting out in the industry.

“The window in your life that is open right now, that is providing you with the opportunity to be of service to others, will not always be open. It is very important to think about how privileged you are as a server, no matter if you’re a bartender or server or chef,” he said.

“I’m interested in you as my guest and having a human experience. Of course you’re going to have a drink and food and all that, anybody can make that. But to really connect with you and, mostly nonverbally, give you the space to not be rejected, denied, for who you are – that’s how I can serve you. And that’s extraordinary, because not everybody does that.” 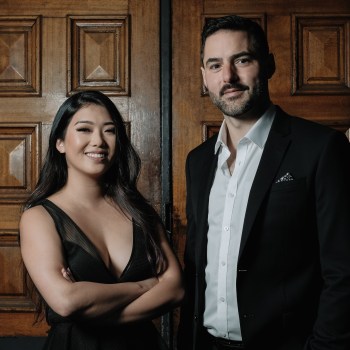 Employees Only to open Sydney outpost 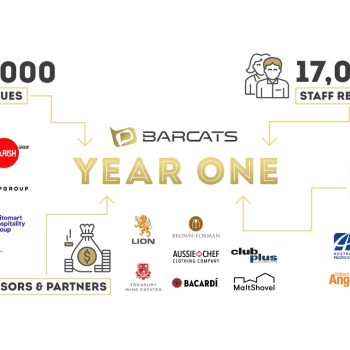 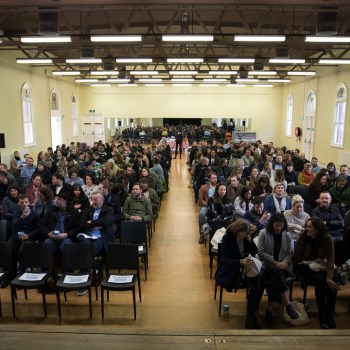