Last week finally saw the NSW Government confirm that it was largely repealing the lockout laws that were imposed on Sydney CBD and Kings Cross six years ago and which have steadily undermined the vibrancy of Sydney’s nightlife.

January 14 will see the rollback of legislation allowing extended trading hours for licensed venues and bottle shops within the Sydney CBD precinct. After midnight drink regulations will also be relaxed.

The following changes will occur from 14 January 2020:

In keeping with the Joint Select Committee’s recommendations, the lockout regulation will still be in effect within the Kings Cross precinct. However, the Government will conduct a review of this new arrangement in twelve months.

There had been speculation that the rollback would come before the Christmas period, but while the move to bring the changes in January may cost venues money, it has actually been widely welcomed as it means we avoid the potential pitfall of too much too soon, as Karl Schlothauer, Chair of the Independent Bars Association told Bars and Clubs.

“The NSW Independent Bars Association welcomes the news that the NSW Government will reverse the lockout and other restrictions, and we’re looking forward to working with them to roll out these changes.

“Small bars have changed the way we drink and go out in Sydney. We have some of the best bars in the world and yesterday’s announcement to increase our patron capacity to 120 means that more people will soon be able to enjoy what we have to offer.”

He added: “What is interesting is the dated picked for these changes to commence.

“While it may seem that Santa didn’t come early, perhaps the Government has waited for the dust to settle on the what is traditionally known as the ‘silly season’.

“What is important is that this is the first step in an important journey to restore Sydney’s reputation and nightlife.

“Now is the time for all of us working in the industry to be talking to our guests and peers to educate them about what a responsible night out in Sydney looks like, so we don’t see the lockouts return when the government reviews their decision in a year’s time. We have a once-in-a-generation opportunity to reshape out nightlife, so it’s important we get the balance right.”

Fellow small bar operator, and Director of Barrelhouse Group, Mikey Enright, agreed this was the right decision, telling Bars and Clubs: “I think it’s a very sensible move from the Government.

“After six long years of the lock out laws, there has been a cultural change to drinking culture. There is a lot of work to do promoting the night-time Industry and the last thing we need is an incident happening and the mainstream media’s turning it into a horror story.”

Leading hospitality group Solotel has been a strong campaigner against the lockouts and CEO Justine Baker celebrated last week’s announcement.

“Today’s announcement is monumental for the global brand of Sydney, the first move in securing our cities future as a night time destination for arts, culture and entertainment,” Baker said. “And one that supports a bustling night time economy for youth culture, late night retail and business.”

Solotel said it acknowledges lockouts will not be lifted in Kings Cross and that there is a pathway to review this in 12 months.

“Although we are disappointed the removal of the lockouts does not extend to the Kings Cross precinct, we are thrilled that as a first step ID scanner usage will be reduced to weekends. We are committed to working with the NSW Government and local stakeholders to deliver a diverse precinct that is safe and provides for the whole community, ahead of the proposed review in 2020.”

As a founding member of the Night Time Industries Association, Solotel also said welcomes the establishment of the Industry Advisory Group and that the group hopes to play a role in bringing our voice to the table in redeveloping Sydney’s night time economy.

Merivale CEO Justin Hemmes also welcomed the news, telling Bars and Clubs: “Today is an incredibly exciting and enormously promising day for our city with the announcement of the NSW Government’s response to the Joint Select Committee and their plan to reignite Sydney’s night-time economy.

“I look forward to working with all stakeholders, including the government and the people of Sydney, in unlocking Sydney’s true potential as a global city we can all be proud of.”

“The NSW Government has wasted no time in implementing the Joint Select Committee’s recommendation to reverse the 2014 liquor laws and has taken decisive action to revitalise the city to maximise the peak trading period over summer.”

“Now residents and visitors alike can make the most of daylight savings and enjoy all that Sydney has to offer by day, then return to the city to experience our world class bars and hospitality offering late at night.”

“It is pleasing to see the NSW Government has recognised the positive contribution small bars, spirits and cocktails have made to improve Sydney’s drinking culture. As a nation, we’re drinking less than at any stage in the last 50 years but we’re choosing quality alcohol and drinking experiences over volume. The changes announced today create the foundations for this important trend to continue and for cocktail bars to thrive.”

This is the start of the process of bringing some life and soul back into Sydney’s nightlife, but we have to be cautious there are plenty of groups and people who are, unfortunately, waiting for something to go wrong. Waiting, as Enright said, to unleash a horror story because of one idiot.

As Chair of the NTIA, Michael Rodrigues told Bars and Clubs, we all need to work together to bring the city back to life.

“Turning Sydney’s nightlife back on, isn’t as simple as flicking a switch,” he said. “We’ll be taking our time to ensure the industry does its part to get Sydney back on track in a considered way – and we, in particular, welcome the establishment of an Industry Advisory Group where we hope to be able to play a part in bringing a range of night-time voices to help shape the future of Sydney’s nightlife,”.

“As Mr Ayers is also the Minister for Western Sydney we are excited by the opportunity to rebuild Sydney’s night-time economy – not just in the inner city – but also in a manner shaped by and welcoming to greater Sydney.” Sydney bar operators on how to cope with the lockouts 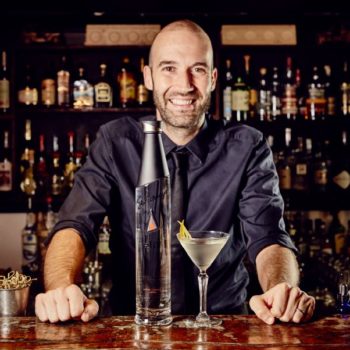