Hugos Lounge is set to become the latest venue to close in Sydney’s Kings Cross area, following the lockout laws that were introduced by the New South Wales Government last year.

Hugos has been placed in voluntary administration after suffering a 60 per cent drop in revenue since the laws were introduced in February 2014. Those new rules mean Sydney CBD hotels, registered clubs, nightclubs and licensed karaoke bars have 1.30am lockouts and 3am last drinks.

Research suggests that there has been an 80 per cent decrease in foot traffic in Kings Cross from 2012 to 2014, and businesses in the entertainment area have suffered.

Recently iconic Kings Cross venue The Bourbon was sold by its owner C.inc to mix-use developer Sam Arnaout, with a view to converting it into a residential building. The Crest and Goldfish Bar in the area are also midway through a conversion into a residential tower.

Additionally Soho nightclub has closed recently and other closures include The Sapphire Lounge, The Carlisle Bar, Trademark, Beach Haus, Club Bayswater, The Village and Flinders Hotel.

Hugos has been placed into administration with HLB Mann Judd, which will keep the venue trading over the weekend while still looking for a buyer. If no-one can be found it is expected that Hugos will close next week.

Since the lockout laws were introduced Hugos has had to cut 100 jobs as it reduced trading hours and the remaining 70 staff are also now likely to lose their jobs. 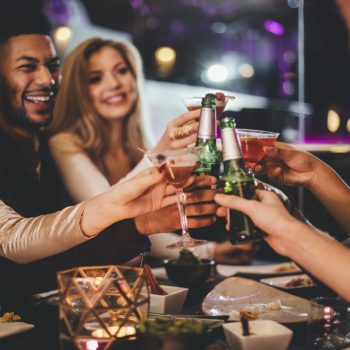