As a journo writing about this fabulous industry, premiumisation is a word I write multiple times every week. It’s a trend that continues to influence drinking habits in bars and at home – you’ll all have experienced this trend.

One thing the trend has done is drive growth in certain premium-based categories: super-fly Scotch, American and Japanese whiskies are flying off the shelves. Another category enjoying growth in Australia is brandy and Cognac.

This is great for bartenders as the complex flavour profiles deliver a range of sweet, fruit-like flavours balanced with oak-driven richness, making brandy an amazing spirit for bartenders to work with.

Often a problem can be one I mentioned in the first paragraph, premiumisation is a factor in at home consumption. So while there are some who see bars as the place you can go to buy a drink of something you couldn’t afford a full bottle of, others can look at prices and think ‘I can get this for $90 in my bottle shop’.

Richard Angove the fifth generation winemaker at Angove Family Winemakers and St Agnes Distillery wanted to do something special for Australia’s bars and make a brandy that was solely for the on-premise. He decided that the best way to do it would be to work with bartenders and create a drink that they were engaged with and that they could use easily.

“As Australia’s oldest continually operating craft distillery St Agnes deemed the time was right to create a spirit made by bartenders for bartenders and capitalise on the growth in cocktail culture, the premiumisation of spirits (and beverages in general) and give Australians a spirit of international quality to create their favourite mixed drinks,” Angove told Bars and Clubs.

He added: “St Agnes Bartenders Cut is a brandy created by bartenders for bartenders. It is the result a collaboration between 10 of Australia’s leading bartenders and the St Agnes Distillery. After a full day blending session at legendary Australian Spirit focused Bar – Bad Frankie in September 2018, the flavour profile and blend of Bartenders Cut brandy was set.”

“YOUR NAN IS BLOODY SMART”

The group included bartenders from Whisky and Alement, Black Pearl, The Everleigh and Bad Frankie, whose owner Seb Costello told Bars and Clubs that the idea was to create a drink that was first and foremost a brandy. “We wanted to be able to say ‘hey, this is brandy’. You can drink this all the time just like your nan, because your nan is bloody smart.”

A blending a creating process ensued that came up with St Agnes Bartenders Cut; it’s a brandy that has a minimum age of eight years, it’s well-balanced, has 44 per cent ABV and as Costello said is “an unequivocally Australian brandy”.

He added: “This is for on-premise only, it won’t go into bottle shops, this is a specific product for making cocktails for drinking in bars. 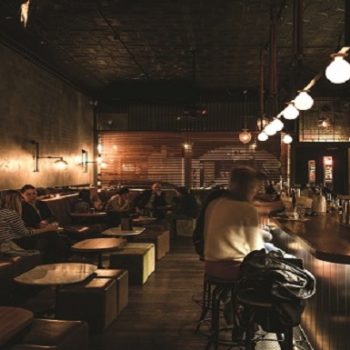