“That’s all I want to do, just keep it going so everyone can enjoy themselves,” is the sentiment that has been on the forefront of Dane Gorrel’s mind in his outlook for 2021.

The co-owner operator of Sydney nightclub Club 77 has experienced more than a year of closures and recent battles in staff shortages in the lead up to reopening his venue during the Easter long-weekend.

After what was a sell-out opening night, Club 77 has prevailed and is excited to open its dance floors once again in what Gorrel believes will be an overall positive year for the industry’s recovery.

Bars and Clubs recently caught up with Dane to chat about the difficulties his team faced with trying to reopen, how it all worked out and his thoughts on the difficult path ahead.

While the reopening was a complete success not just for Club 77 but for the enjoyment of its customers, it was not without its trials in the months leading up. Dane said it was a stressful time with “a lot of moving parts”.

He added: “The other biggest hurdle was having it all come together. Finding staff was a big problem. There is a shortage of staff out there at the moment to help get these projects off the ground again. A lot of my staff have moved on so that was a bit of a tricky situation.

Another hurdle Dane has had to overcome during the reopening of Club 77 is the strain that operating and restarting a venue has financially.

He told Bars and Clubs: “The other thing is that everything costs so much to get open again, especially when you’ve been shut for such a long period of time. So from that perspective it was challenging.

“Everyone’s behind so much now, it’s going to be hard to build up reserves as well when you’ve got weekly bills to pay and bills to catch up on. We’re spending money to get reopened on production, sound systems, toilets, you name it.

“We’ve also shovelled out so much money in rent when we weren’t even trading so the money was still being gobbled up.”

Despite these difficulties, Club 77 opened on April 1 with a sold out event. The long weekend of success continued with events and themed parties that were well received by its customers.

Dane said: “Saturday night went well, it was quite busy. We worked with a few different promoters on that one. That was a bit of a different vibe for what 77 usually is. And then Sunday, we did the House of Mince which is a party by Pavlova Bar, which is a really cool predominantly gay and lesbian party.

Additionally, the events of opening weekend were complimented by the recent announcement from the NSW Government of eased restrictions on dancing. This had an immediate impact on Club 77 which Dane believes to be a promising sign for the industry if restrictions continue to ease.

He explained: “Everyone was so excited to get back on the dance floor. It was just crazy. Everybody came in with the biggest smiles and were really happy. We literally had people on the dance floor all night, hardly even moving from the one spot for five or six hours.

“The atmosphere inside and outside the venue was really positive and you could tell people were extremely happy that they could actually come back into a club not be restricted to be sitting down and all the past restrictions in that sense.

“It was definitely a massive step in the right direction. We had some good numbers all weekend which is good but it relieved a lot of pressure, giving us a chance to get restocked and have some cash flow going into the coming weeks.

“I honestly think it’s just going to keep building every week. People haven’t been out for so long and are so keen to get back into. We’re sort of in the right position with our capacity to capitalize.”

Although the Sydney nightlife economy continues rebuilds with the recent abolish of lockout and the appointing of Michael Rodriguez to 24-Hour Economy Commissioner, Dane believes there’s still a lot of work to be done to prevent staff shortages throughout the industry.

He said the lockout laws six years ago, closures of nightclubs during COVID and a change in finishing times for staff in new roles has shifted the minds of industry staff, who may now become reluctant to work until the early morning.

Dane explained: “People have just moved into other areas and might be going back to complete further education. Two of the bartenders that I usually work with as a result of COVID have gone to full-time study.

“I think a lot of people are happy now finishing at midnight or 1am in the morning instead of doing the overnight hours. So I think there has been a bit of a culture shift with late finishers.

“To be honest we struggled, my girlfriend and I worked in the bar and we were pulling people from everywhere to cover shifts. I just think people have moved into different directions and there’s a serious lack of staff at the moment.”

He added: “Realistically if we’re going for a 24-hour economy we need the staff to do it. The problem is that people working in clubs prior to COVID now don’t want to come back because they’ve been working in restaurants or pubs and have been finishing at midnight and living some sort of a normal life instead of finishing at five and not really having much of a day the next day.

“Now that people have gotten used to working different hours they don’t want to come back to that sort of lifestyle. The last drinks at 3.30am is still a big issue, realistically we can trade longer than that but because of last drinks there’s no point in staying open after four o’clock. Even though 4am is definitely a step in the right direction, it’s not like the old days where we could just stay up until whenever.

“I think it’s going to take some time to implement a 24-hour economy because this generation has also come through with going home early so they might not like staying up, even if they’re getting paid.”

Overall however, Dane is excited and looking on the positive side, expecting the rest of 2021 to continue to build.

“I think it’s going to build pretty strongly over this year. Everyone’s keen to get moving again. I know quite a few people that are invested quite heavily in projects, especially around the late night economy. So the trend for the future is definitely positive. I think it feels like there’s a bit of a change in the area and obviously employing Michael Rodriguez is going to help a lot,” he said.

“It will help bridge the gap between everything that’s going on, and hopefully we can keep moving forward to developing this 24-hour economy. Hopefully everyone can go back to trading how they want and for how long they want. 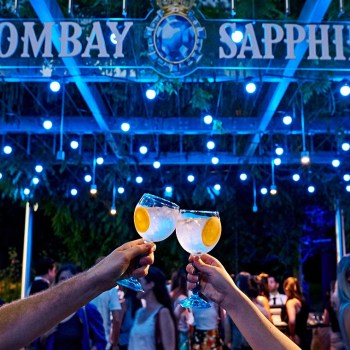 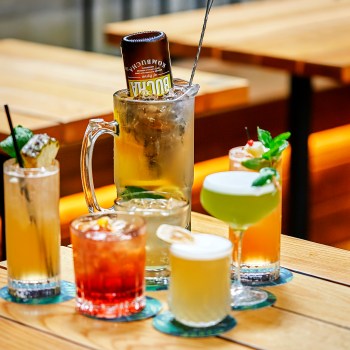