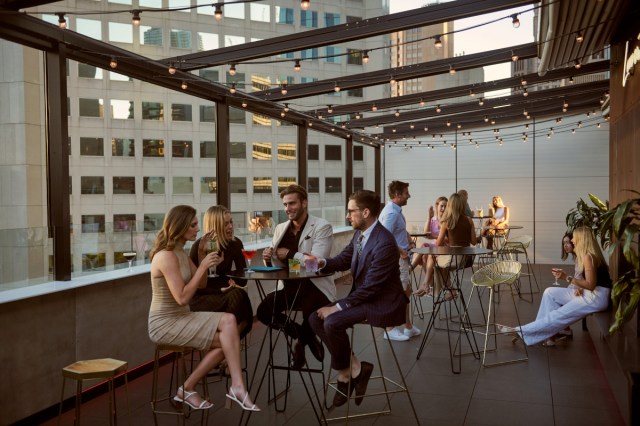 Decadence and 280-degree city views are the order of the day at this new Bourke Street bar.

Previously a private event space, The Stolen Gem, run by the team behind the Budgie Bar in Ringwood, will be open to the public from Thursday, February 17.

Owner Matt Newman said he was inspired by the rooftop bars he had visited in Shanghai, Hong Kong, New York and LA.

“I really wanted to sort of create something that I personally thought was good, and something that Melbourne City will also think is good,” Matt said.

Mark hopes The Stolen Gem will introduce element of theatre to the drinking experience, with blazing cocktails and table-side service.

The bar’s offering is centred around an up-market, seasonal cocktail menu, featuring one drink that uses Lark whisky and gemstone-shaped clear ice, filled with gold flake, clocking in at $150.

Despite this opulence, the drinks offering promises to be diverse, and have something for everyone, with espresso martinis based on locally made Nosferatu Gin, and Mojitos made with Dromana’s JimmyRum. At a recent media launch, they served a twist on the classic Paloma cocktail, built on a base of Australian agave spirit and amaro, see the recipe here.

“We’ll have a seasonal menu, that changes every three months, and we’re working with a lot of farms in the Yarra Valley for garnishes.” The Stolen Gem’s chef will also help with the creation of garnishes, ensuring a holistic and high quality approach.

While Melbourne is known for its biting winters, drinkers will be protected from the elements with a fully retractable roof, blinds, heaters and even a fireplace. This is a rooftop bar to be enjoyed all year round.

The bar is named The Stolen Gem for a few of reasons. For a start, it reflects the auspicious location – a rooftop amidst the offices of Bourke Street – a diamond in the corporate rough and tumble.

Secondly, the name describes the décor of the bar, inspired by precious metals and gemstones, with rose gold, coppers and jewel tones.

And finally, The Stolen Gem is partly inspired by the manner in which Mark acquired the site, as he explains: “I actually used to do some design work for a company that was leasing the space.”

“It was never a venue before I had it, it was just an office space. I would always call it, to myself and to colleagues, a little gem. The company didn’t end up renewing their lease, and I asked if I could take it over.”

“Even though I didn’t actually steal it,” Mark says, “It felt like a win.”

The Stolen Gem, located at 8/388 Bourke Street, Melbourne CBD, opens February 17, and will be open from Wednesday through to Saturday from then on. 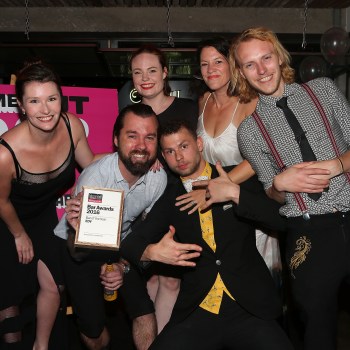 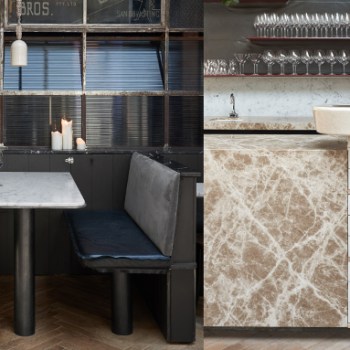