Dom’s Bar & Lounge was recently crowned Best New Venue at the 2021 Hospitality NT Aristocrat Technologies Awards for Excellence, after expanding the venue to increase patron capacity and bolster its food and beverage offering.

Bars and Clubs spoke with owner Dom Wundke after the award ceremony, which he said was an important step forward for his bar after being recognised amongst some of the NT’s best venues.

He said: “Being nominated among these larger hotels that have been operating for a long time and some of the new venues as well, that millions of dollars of investment behind them for us, on a small budget and doing things like building ourselves, makes it so great to get recognised among those that have larger investment groups.”

Dom officially opened the Dom’s Bar & Lounge extension on 30 April, with the industry rewarding its success since by naming it Best New Venue.

He said: “It was great to get the recognition from the industry that people have responded well to our new style of offering in Dom’s. We’re trying to bring something new to the field, so it is really humbling and satisfying with to get that recognition across the industry.”

“Dom and his staff are very pro-active members of the NT’s hospitality industry, and it was great to see them recognised at our Awards for Excellence for the ‘Best New Venue’ Award’.”

Dom announced he was doubling the size of his bar earlier this year after having prevailed through the pandemic with the community supporting his innovative portable cocktail bar idea.

He said the bar’s extension was more than he bargained for, allowing for a successful opening month of improved capacity and a new food offering.

Dom said: “The design is even better than I expected it would be. I had the idea in my head and an outline the architect drew up, but it just blitzes even the plans and the drawings that were done.

“I think having a nice kitchen as part of the extension and having the open kitchen has allowed us to have an extended menu, increasing our food service rate and variety. The renovations help us look after customers.

“The ability to host more people inside the venue, means that we are not having to turn customers away when we get too busy. Now, when we do get busy, we can accommodate everyone.”

He added that the renovations were also designed to encourage customers to enjoy a longer evening of entertainment and comfort, stating: “The new booths are also a big favourite of mine and of our customers.

“They’ve been described as a really cozy little nook. It’s great see groups who like to sit in there for the night and enjoy themselves.”

With one of the state’s most prestigious awards, a whole new look, and growing popularity Dom is turning his attention to highlighting the bar’s new capacity for improved drinking and dining experiences.

He said: “My next goal will be to open for lunches, and hero our new wine list. We think we’ve got one of the best wine lists in Darwin. We’re going to get some winemakers up here to run a few tastings and showcase some of the great wines that we have here.”

Australian Hotelier have provided a full list and coverage of the 2021 Hospitality NT Aristocrat Technologies Awards for Excellence. 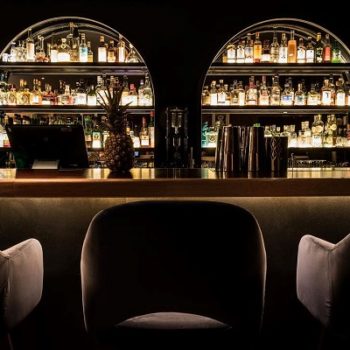