Cara Devine on the importance of bar education 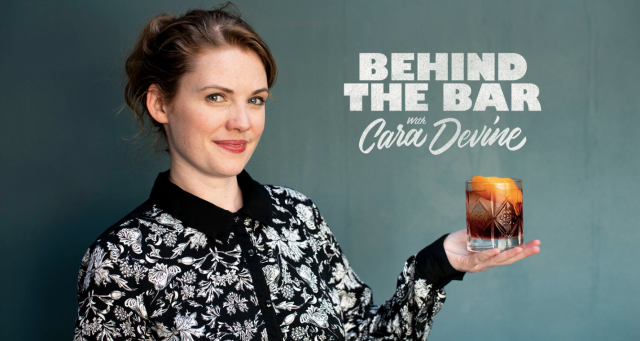 Do you remember your first time ordering a drink at the bar?

I sure do. As a fresh 18 year old out to lunch with my parents at our local pub, I was so intimidated by the unlimited possibilities and about sounding silly with my order, that in the end my dad had to order for me.

These days I’m definitely no expert, but I am willing to try new things, explore drinks, and learn about different categories and what they can offer.

For Cara Devine, Bar Manager at Bomba Rooftop in Melbourne and host of Youtube series Behind the Bar, creating levels of confidence like this in consumers is important, as is making sure bartenders, especially those entering the industry for the first time, also have the confidence to support these experiences.

Devine, who has been in the industry for around 14 years now, told Bars and Clubs how she got her start as a bartender on a gap year in Canada, and the support she received at the time.

“I walked into the equivalent of Eau de Vie with my resume, just looking for a job and not really having a clue. I was really lucky though that those guys took me under their wing,” Devine said.

“I started being a hostess but every night I would sit at the bar and they would give me a different classic cocktail and talk to me about it. And I saw they had really good regulars and people would come in in a bad mood but leaving in a great one, and I thought – this is actually what I want to do.”

After going back home to Glasgow, the cocktail revolution was beginning, and she was able to learn more about classic cocktails and the ins and outs of bar life. She made the move to Melbourne specifically for the hospitality scene, where she thought would be a great place to continue learning about the industry.

So Devine always had that connection to education as she started in the industry herself, and now fosters that connection further with the Behind the Bar series. With over 41,000 subscribers, it’s clear that it’s having an impact and offers something that many find valuable.

What is that something? Well as Devine described, it’s: “demystifying the stuff that I think people find really intimidating about the world of booze.”

With episodes surrounding everything from cocktail how-tos and history, to bar terms and tools explanations, to the differences between types of drinks, there’s content that appeals to all levels of knowledge – from rookies to near-experts.

“When we first started, the kind of audience I had in mind was people starting out in the industry. Definitely when I first started I was fairly young and never wanted to seem stupid, so maybe didn’t ask questions I should have…so it was a place to have all that knowledge that I’ve learned over the years codified,” Devine said.

“But you also have to roll with how it grows, and it’s been home bartenders that have really connected and resonated with it, so we’ve shifted our focus a little to make it nice and accessible for them as well.”

While education is important at all times, in the current climate caused by COVID-19, it’s come to the forefront even more, especially in Melbourne’s second lockdown. Devine said she’s been highly impressed to see how the city has further embraced a sense of community through virtual means at this time.

“One of the main reasons that I fell in love with Melbourne in particular was that I feel like there’s a strong hospitality community here. I think in lockdown it’s been really awesome because rather than throwing parties and the way that brands usually connect to hospitality, there’s been a real focus on educational content,” Devine said.

“And it’s also kind of broadened the community – obviously if you don’t live in any of the metro centres like Melbourne or Sydney or Brisbane or wherever, you can still access all of the same online content as the people there, so you’re not missing out on masterclasses or webinars. I think that’s actually been quite a positive to take from the current situation.

“There’s definitely the community there, but I think we can always be doing more to strengthen it and make sure it’s being pushed in the right direction.”

The pandemic has forced us to focus more on the online and virtual ways to stay connected, and many are saying it will change the way we do things long after the virus is under control. Online education is fast becoming a norm, and this will boost inclusivity further in the industry, allowing people to access things on demand if they are working, and not need to spend time or money travelling to events.

As Devine says above, Behind the Bar is inclusive of whatever type of person wants to learn about something drinks related. This is a fairly unique part of the series’ offering, with many things these days focusing on either trade or consumer as separate entities, all being at the same level of knowledge.

We asked Devine her opinion on why it’s important to educate both sides of the bar equation, to which she replied that it was largely about the ‘drinking better’ movement, and creating a confidence to explore different categories.

“It’s all well and good to say as a bartender – ‘try this amazing Amaro that you’ve never heard of!’ But if the consumer hasn’t even heard of the word Amaro, then that’s just going to feel alienating to them,” Devine said.

“So I think it’s just about explaining a lot of those base terms that we use without really thinking about it, and getting people to think about booze a little bit more.

“It’s obviously good for the industry as well because it shows the knowledge that we do have and what you pay for when you go out to a bar. Because you know the whiskey that you like, but maybe you find your new favourite because of a suggestion from the bartender or, if you like an old fashioned, maybe they’ll suggest a twist on it that becomes your new favourite drink, and that kind of thing. I think everybody wants to just push towards that little bit better quality and more thoughtful drinking.”

Thoughtful drinking and mindfulness is also something that Devine says is positively affecting the industry side of things right now as well.

“There’s been a really awesome focus on health and wellbeing – like the idea that just because we’re all sitting at home doesn’t mean we should necessarily be cracking a beer at 11am on Monday, that sort of thing. I’ve seen a lot of bartender yoga, some kinds of mindfulness and meditation things and I think that’s been starting to happen over the past few years anyway,” Devine said.

“It’s not a super healthy lifestyle to be just boozing every single night until four in the morning. So I think it’s been really nice to see brands get on board with that and show a little bit of care towards a community that, at the end of the day, quite often is young and sort of lower on the socio economic scale. And this industry is filled with really really smart people, but it does draw a certain personality type as well who could probably just do with being reminded to take care of themselves a little bit.”

As for how the rise of online educational content for consumers during the pandemic will alter bar experiences in the future, Devine jokes that initially, people may think their drinks are too weak, after pouring their own stronger ones during iso. In all seriousness though, she thinks that there will be a new appreciation for venues country wide.

Devine said: “People are really really missing bars and restaurants, which are kind of the epitome of our social life.

“And even when we were open again, you could feel that it was just different – obviously it’s not bustling everyone’s kind of spaced out and it does feel a little bit odd. So I hope that people will be realising what an important place in their life the hospitality industry holds, and maybe have a little bit more respect for it when we do open back up, especially because obviously we’re going to need a lot of support.”

You can find Behind the Bar on Youtube here. 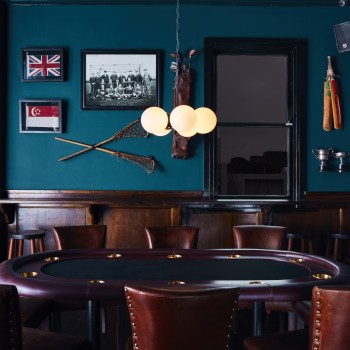 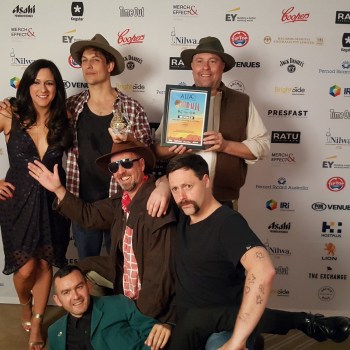 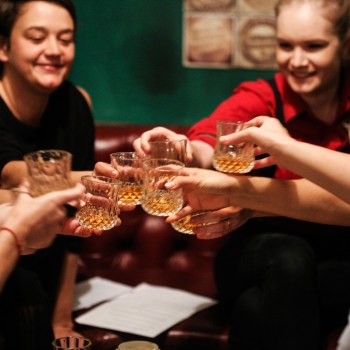 Round Table: the future of the bar industry