The Lobo drops plantation from name If you were paying attention to Facebook a couple of weeks ago, you might have noticed Sydney bar The Lobo Plantation quietly changed its screen name to become The Lobo.

On Friday, the reason for this change was explained in a post on their socials. The bar said it had made the decision to remove the plantation part of its name in solidarity with BIPOC (Black, Indigenous, People of Colour).

The word plantation is connected to historical racism and inequality across the world, especially in America, where plantation farms were known as places of slavery and the oppression and exploitation of black people. Today, the word still symbolises these issues in current society and has had increased focus since the proliferation of the Black Lives Matter movement and the death of unarmed black man George Floyd at the hands of police.

While Australia never had slavery under the plantation name, the country does have a history of similar problems regarding racism, inequality and oppression with Indigenous Australians, which is why the word still carries the same meaning on our shores, and why the Black Lives Matter (BLM) movement has caused local change here too.

Both in Australia and internationally, some names have been scrutinised for carrying racist backgrounds and connotations, even when there was no offensive intent behind their naming – The Lobo, when it opened with its original name seven years ago, is one example.

But Groups General Manager Mary White said as they watched the world react to BLM, they realised there needed to be a significant shift in the way societies thought in order to create lasting positive change.

“The Lobo is a rum bar, and rum is made from sugar cane. We took our inspiration from a man named Julio Lobo, who was arguably one of the most powerful and affluent sugar barons operating in Cuba in the 1950s.  Julio Lobo lived a lavish lifestyle and was always throwing parties and entertaining guests, he is like the Cuban Great Gatsby. We wanted The Lobo to have a sense of escapism – to feel as if you were walking back through time, straight into Julio Lobo’s home in the 1950s and in the middle of one of his great parties at his Cuban villa and sugar farms,” White told Bars and Clubs.

“Now fast forward to the present day where across the world, we are seeing an inspiring movement for equality that is questioning every aspect of our societies. This really resonated with us, and we decided it was time to sit down and reflect on how we as a business are affecting those around us, and how we are supporting our communities.

“For us, our legacy is the welcoming experience you get every time you walk through our doors, not the name. Lobo is a place of acceptance, love, and welcoming for all individuals.  If dropping the word ‘plantation’ from our name would save even one person a hurtful experience by coming into our venue – we 100 per cent would do that.”

Since becoming The Lobo, the team have received only positive support from both the industry and the regulars. White also said many people hadn’t actually noticed the change, as they were often known as The Lobo anyway.

“But for us, it isn’t about people noticing and we aren’t making a big deal about it. This is just what we feel is the right thing to do,” White explained.

When the change was officially announced on social media last week, The Lobo said this would be the first step towards being “more conscious of the role we play in creating the inclusive society we want to see.”

When we asked White about what is to come, she said: “Well, this is a journey. We don’t simply want to change our name in solidarity and let that be the end of it – we want to continually help and support our BIPOC communities, so we currently are in discussion about the most effective ways we can do that going forward.”

Outside of The Lobo and into the greater drinks industry, BLM has started conversations about how we can do and be better, growing towards a more inclusive society.

Whether it’s a name change, a policy change, or even just recognising and discussing the BLM movement, it’s clear there’s been a turning point in the minds of many. As White said: “This is just the beginning so I am hopeful that we will see a lot more positive changes come out of this.” Lobo Plantation wins Time Out Sydney Bar Of The Year 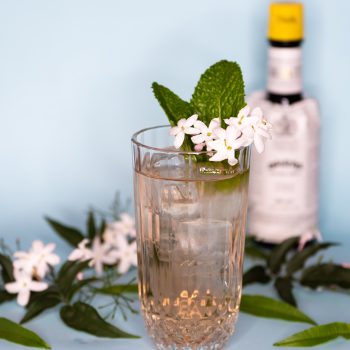