The Third I Festival is a new event, forming part of the Sydney Solstice, that will take over Enmore Road in Sydney from 18-20 June and celebrate the three I’s of Indigenous, Inner West and International communities.

The three-day festival will host a range of events including panel discussions, art exhibitions, live music, comedy shows, slam poetry and a variety of unique food and drinks experiences.

Founder of Third I Festival and PlateitForward Shaun Christie-David said: “We are so excited to bring the Third I Festival to life. After seeing the effects of Covid-19 on our Indigenous and asylum seeker communities as well as the hospitality, entertainment and cultural industries, we knew there was real opportunity to create something special.

“We invite everyone to experience all the Inner West has to offer, whilst supporting their favourite venues and experiencing the many voices that make up the three ‘I’s across the festival.”

This is followed on Saturday by a series of panel discussions at Newtown’s Dendy Cinema, which will cover topics such as diversity in media, multiculturalism in sport, women in leadership, and the asylum seeker experience.

Venues including Cebu Lechon, Little Lagos, Colombo Social and The Duke will host one-off offers over the weekend and the festival will also see special events like the Inner West cook-off taking place in the Young Henrys courtyard.

To close the festival, a major one-off live music concert is happening at the Metro Theatre on Sunday June 20 and will feature an impressive line-up of indigenous and international hip hop and rock artists including Ziggy Ramo, L-Fresh the Lion, King Stingray, The Merindas, Becca Hatch, Thandi Phoenix and more.

All profits from the festival’s closing party will be donated to PlateitForward, a non-for-profit community-driven organisation providing food, training and employment opportunities to Sydney’s disadvantaged community members.

To learn more about the festival, to purchase tickets or for the full program of events, head to the Third I Festival website. 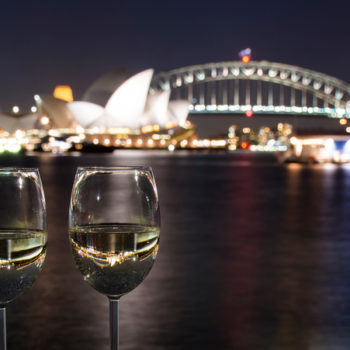 Bar100 to relaunch as new concept