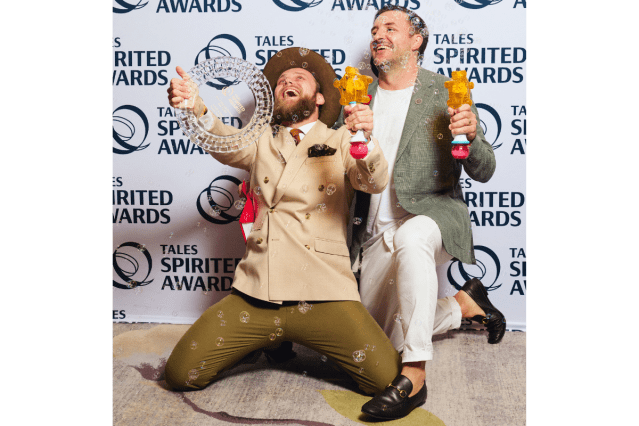 The Maybe Sammy Team scooped up two flagship gongs at the prestigious Tales of the Cocktail Spirited Awards in New Orleans.

Martin spoke to Bars & Clubs about what the Bar Team award means for Maybe Sammy’s staff.

“Being recognised as a bar team, it’s going beyond just the four walls, the bottles on the shelf and the cocktails,” Martin said.

“This is really recognition that is going towards each single member of the team, not just an individual like me or Stefan being the face of the business, it is literally going down to every single person running this venue.”

“To build a right team of people which are working together towards one goal, that is: satisfied and happy guests – it’s very unique,” Martin continued.

“The way we do hospitality really allow each of them, each single team member to be themselves, to really open up and give all of what they feel they want to do there at the bar towards the service.”

“For us, it means more than any other award,” Martin added.

The theme of the wider Tales of the Cocktail (TOTC) cocktail and spirits conference was ‘Progress’, the organisers stated it was chosen for ‘its appreciation of the nimble and adaptive development of the drinks community’. It was through the lens of this theme that the 2022 Spirited Awards were judged.

“The Spirited Awards celebrates excellence in our industry and this year’s winners embody that standard so well,” Charlotte said.

“After a difficult few years, it is truly inspiring to gather together once more and see what these recognitions really mean to everyone nominated.”

Martin also believes that the TOTC and spirited awards were all the more vital given the trying times that the hospitality industry has endured.

“It’s so important to be out there and reconnect for us… To know the rest of the world, it’s very important that we put our faces on the global map on a global scale,” Martin said.

“So opportunities like Tales of the Cocktails where we can reach out to thousands and thousands of industry people and friends – we don’t take it for granted. That’s why we are attending as many of these conferences and competitions and awards, because we want to create the connections,” Martin continued.

Winners were selected by a panel of over 200 industry experts, with Maybe Sammy chosen from a strong shortlist, including: Alquímico (Cartagena, Colombia), The Clumsies (Athens, Greece) and Two Schmucks (Barcelona, Spain). For Maybe Sammy, this is the latest in a series of award successes, after being deemed the best bar in Australasia in the 2021 World’s 50 Best Bars.

Martin’s own award was given in recognition of ‘an international bartender whose creative use of brand communication combined with personality has the most impact on the promotion of drink brands through engaging the trade and executing compelling education and seminars.’

Martin also commented on his own personal success in the International Brand Ambassador category for his work with Mr. Black.

“It means a lot to me and the brand, it’s such a small brand, coming from Australia and it’s just a coffee liquor comparing ourselves with big giants like vodka, gin, tequila or whiskey brands,” Martin said.

I hope that this can be an opportunity for other people to be more proud of their country’s produce and products, and they can represent them globally. I’m just even more pumped and excited to do even more with Mr. Black.”

Meanwhile, Lyre’s Italian Orange picked up Best New Spirit or Cocktail Ingredient, a very impressive result for a non-alcoholic product, with the company founded by two Australians in the UK.

The Helen David Lifetime Achievement Award was given to Julie Reiner, Co-Founder of Clover Club and the Flatiron Lounge, and a veteran of New York bartending. The World’s Best Bar award went to London’s Lyaness at Sea Containers.

A full list of 2022 Spirited Award winners can be found below:

International Bartender of the Year presented by Patrón Tequila

U.S. Bartender of the Year presented by Del Maguey

“Get Real: The bar world looks beyond feel-good measures on sustainability and climate change” by Max Falkowitz for Imbibe Magazine

Pioneer Award Presented by The Blend

Amanda Gunderson – CEO & Co-Founder, Another Round Another Rally

World’s Best Bar presented by Tales of the Cocktail Foundation

This story originally appeared in The Shout. Subscribe to The Shout’s newsletter here. 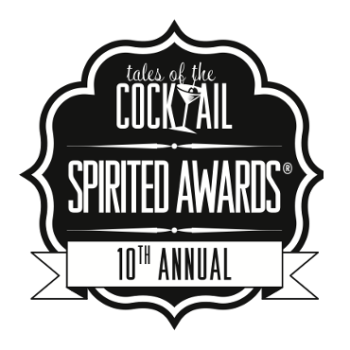 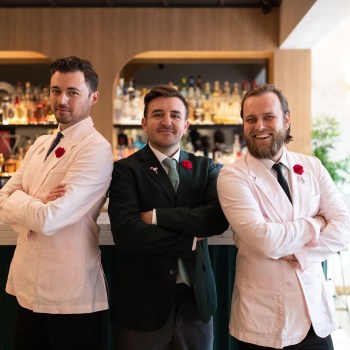