In a huge blow to the global bar scene, iconic London bar Milk & Honey has closed its doors for good.

London’s Milk & Honey was the local outpost for the original New York bar founded by Sasha Petraske. The speakeasy-style institution has been a game changer for the international industry, a revered icon in the hearts of bartenders and owners the world over.

In July, the bar’s owner Jonathan Downey announced in a letter to members that the bar would be closing in September. The bar and its landlords were unable to come to an agreement for any rent reductions during a moratorium on rental evictions and the forced closure of the UK’s industry during the pandemic.

Much like Australia, the UK government shut down the on-premise industry and introduced a moratorium on evictions, leaving it in the hands of landlords and tenants to negotiate a deal to get through these tough times. Downey said in the member letter that the Milk & Honey landlords refused any deal, have already begun court proceedings, and would change the locks and repossess the premises as soon as the moratorium ended.

The moratorium had been due to end in September, however was then extended until December. Milk & Honey reopened after lockdown in July under significant restrictions and had intended to trade until this extended moratorium ended.

But restrictions were recently worsened again with the introduction of a 10pm curfew for hospitality businesses in the UK, which Downey said made the business unviable.

Prior to the close, Downey took to Twitter to announce the news.

“We’ve got two more nights of drastically reduced trading at Milk & Honey and then, after over 18yrs in Soho, we’re closing for good. After an extension to the #ForfeitureMoratorium, we’d planned to trade until Christmas but the curfew killed us off,” the tweets said.

Throughout the pandemic, Downey has been part of a tireless campaign in the UK to avoid business closures and job losses like this in the hospitality industry. He also founded Hospitality Union and called for a #NationalTimeOut rent solution that would benefit struggling businesses and landlords.

Yesterday Downey thanked the industry and public for their support over the years, writing on social media: “RIP Milk & Honey London, the first recorded case of a business dying of curfew.”

“Thank you to all the brilliant people who’ve worked there and to all the lovely guests we’ve looked after over the years.It has been the greatest pleasure of my business life to be associated with this wonderful bar and everyone involved in making it so special.”

The 10pm curfew has been widely criticised by industry bodies in the UK, which note only a minuscule number of case transmissions in the country’s recent COVID-19 spike have been traced to venues. But Prime Minister Boris Johnson has said otherwise, commenting that: “the spread of the disease does tend to happen later at night after more alcohol has been consumed.”

In any case, the UK hospitality industry has been noted by many trade organisations as being on it’s knees. The Spirits Business wrote that trade group UK Hospitality said the industry was “teetering on the edge” following the introduction of the curfew, with 540,000 jobs at risk. 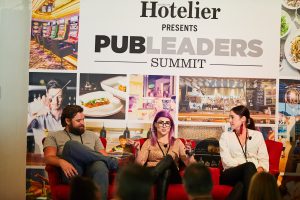