Industry love and support from Adelaide to Melbourne

Last month the entire Australian hospitality industry was heartbroken to see Melbourne go back into lockdown. This week, this deepened further with the announcement of Stage Four restrictions, bringing further devastation to venues in the city.

Bars and Clubs spoke to some of these venues today, which you can read about here.

Hearing about these types of experiences from industry colleagues and friends, it certainly makes your heart go out to them. And for some, like Maybe Mae’s Ollie Margan from Adelaide, it’s driven new initiatives to help.

Last week it was announced that Maybe Mae would host a series called ‘Melbourne, Maybe?’ – a weekly pop-up serving a taste of six Melbourne venues. Starting from August 16, each Sunday of Melbourne, Maybe? there will be a different menu, designed by the teams from Above Board, Black Pearl, Byrdi, Capitano, Romeo Lane and The Everleigh, and served up by Maybe Mae’s team.

Margan described how the idea came about, after watching from afar what was happening in Melbourne.

“We were watching it from afar and what was unfolding, it was pretty devastating. That triggered me to get on the phone and ring a few people – I have a lot of very dear friends that work in the industry in Melbourne – and I was concerned about their personal health and well being, so I was just touching base and it was pretty dire,” Margan told Bars and Clubs.

“They weren’t getting the same support the second time around… a lot of a lot of the wells and resources had dried up, and there was the sentiment that everyone’s a little bit more on their own this time around.

“I thought, ‘if my bar can trade seven days a week with a capacity of 40 people, and all these venues have already sorted out these retail options for drinks they’re happy to post to people and put their brand behind, then wouldn’t it be a sensible thing for us to purchase those and then serve it in a bar environment?’ Rather than people trying to make them at home, we could maybe do a little bit more justice to the drinks.”

Margan said he was happy to give up one night per week for the Melbourne, Maybe? events, where 100 per cent of the proceeds go to the popped up venue. When he asked his team, they unanimously agreed, and when he asked the Melbourne operators, there was immediate interest.

So in the space of a few days, Melbourne, Maybe? was born.

The Melbourne venues will design everything about their pop up, from the menu to the music playlist, and send at least 100 serves of drinks across to Adelaide, where they will be sold for the same price as Maybe Mae buys them. The goal is to create a little taste of some of the city’s iconic bars for Adelaide locals who can’t travel to experience this themselves, while also supporting the bars through the country’s strictest lockdown yet.

Margan said Maybe Mae will donate the venue, the labour and all perishable ingredients, meaning the best possible cash injection for the participating Melbourne bars.

Even though Adelaide and South Australia is far from out of the woods of COVID-19 operating restrictions, and there’s anxiety about these restrictions changing further, Margan said it was important to him to do what he could to help friends and colleagues in the industry.

“I think the entire Australian bar community owes a bit to Melbourne, in terms of where we are and how we’re seen around the globe, and I think we are a pretty tight knit industry,” Margan explained.

For the Melbourne venues, the initiative has been a spark of positivity in a pretty dark time, and something they’re so appreciative of, for a number of reasons.

Zara Madrusan of Made in the Shade group (who operate The Everleigh) said Margan was ‘on the money’ with the idea.

“It’s not just about revenue raising (although of course, this is integral to our survival) it’s about being creative to keep the image, the voice, the essence of these bars alive in any way we can, bars that will have been dormant for over half of this year. It’s positive for the business, but vitally it’s hugely inspiring for the team too, to see their venues involved, active and celebrated,” Madrusan said.

Byrdi Co-owner Luke Whearty said they were blown away and humbled by the gesture, and called Margan the ‘Covid MVP.’

“It’s people like Ollie that make us realise how special our industry is and really helps to feel supported in times like this,” Whearty said.

“This gesture won’t be forgotten and we consider ourselves extremely lucky to have friends in the industry like him.”

But Margan said it’s not about him – it’s about helping out industry mates and keeping the spirit of hospitality alive.

“We’re just trying to do what we can to help some really dear friends keep their mind occupied at work and maybe keep the lights on for a few extra weeks, because we don’t really know how long this is all gonna last,” Margan said.

This is also not something that begins and ends with Melbourne, Maybe?. Both Margan and Madrusan said it’s just one example of what venues across the country can do to help breathe life back into Melbourne and Victoria in general, if financial and restriction circumstances allow.

“I’d like to see other people in other venues, if they’ve got the capacity to do so, to just literally direct carbon copy the concepts [of Melbourne, Maybe?]. That would be fantastic,” Margan said.

“I mean, depending on people’s situations financially or restriction wise… But I think that would be a fantastic thing if like-minded venues from all around the country started doing it for each other, I think it would be such a beautiful showcase of industry support.” 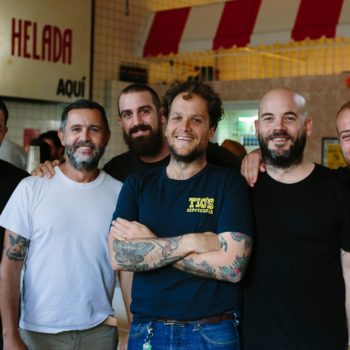 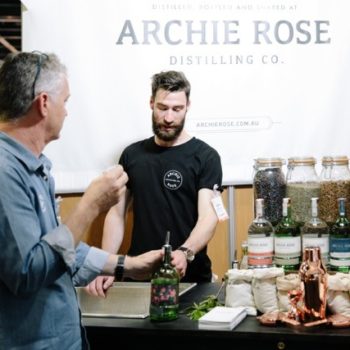