The strength of Australia’s bar scene has once again been demonstrated to the world, with four bars ranked in the World’s 50 Best Bars.

It’s Australia’s best result since 2015 and brings a much-needed boost to the scene.

For the second year running Sydney’s Maybe Sammy has been named as the best bar in Australasia, although it dropped from its 11th place of last year, to 22nd overall. Just behind in 23rd place was Cantina OK!, with Melbourne’s Above Board coming 44th and Re in 46th. Re was also named the World’s Most Sustainable Bar, picking up the Ketel One Sustainability Award.

The judges were full of praise for Maybe Sammy, saying: “The cocktails are all of a calibre you’d expect from a bar on this list, the service attentive, the interior – a palette of pastels and rich greens – Art Deco and beautiful.”

“Maybe Sammy does all that a grand hotel cocktail bar does, but with more vibrance and whimsy (and without the hotel).”

Cantina OK! was described by judges as a “must-visit” saying “there are weekly cocktails worthy of any of the world’s great cocktail bars”.

It’s perhaps surprising to note that Above Board is the first Melbourne on the list since 2018. This bar creates a sense of wonder by hiding bartending equipment and pouring liquor from decanters, the spirits’ mystery. Judges commended the fact that “there’s no Rotovap nor avant garde techniques, just old-fashioned hospitality and drinks made in a classical manner”.

Overseas, The Connaught bar in London was awarded best bar in the world for the second year running, with judges describing the bar as “a triumph from the start,” and commending both the Connaught’s dry martini and Impressions cocktail menu.

Published annually since 2009, the World’s 50 Best Bars list assesses and celebrates the best drinking venues the planet has to offer. Entrants are voted for by 600 hospitality and drinks experts from around the world. Due to disruptions to travel and hospitality from the pandemic, judges were permitted to vote based upon visits to venues between March 2020 and September 2021.

The 2021 list follows 2020’s 50 Best for Recovery programme, which raised US$1.29m for the hospitality industry that was distributed in grants to over 200 bars, restaurants and non-profits.

A full list of winners can be found here. 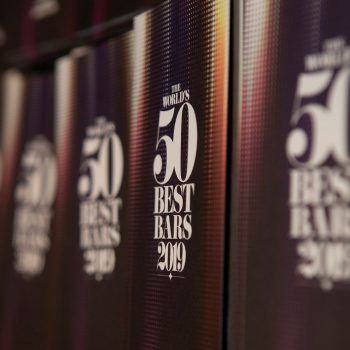