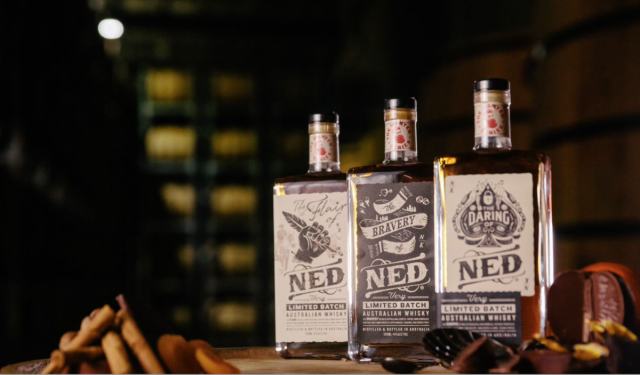 In his drinks career, Seb Reaburn has just about done it all – from bartending at top class cocktail venues, to representing some of the world’s biggest brands as an ambassador, to finally distilling NED, one of Australia’s best known whiskies.

Reaburn sat down with Bars and Clubs to talk about NED’s experimental Sounds of Bathurst release (aged using the soundwaves of Kelly Grove racecars), the new Wanted Series and how the Australian Agave project is progressing.

Established in 2019, NED has found great success, offering an affordable Australian alternative to American-styled whiskies. Despite the challenges of the past two years, Master Distiller Seb says: “We’ve been incredibly lucky that demand for our whisky is still greater than supply.”

Nevertheless, the last two years have led to a readjustment of the company’s strategy with the on-premise, Seb admits.

“Obviously during the last two years, we’ve worked with a lot more retailers than on-premise, and they’re really loyal and really amazing supporters. We don’t want to take a bottle off a retailer shelf to put it on the back bar – it’s about trying to support both and find a bit more balance as things open up.”

For Reaburn, NED’s affordability is part of a growing trend for Australian whisky, that will represent a future avenue of growth: “There’s a lot of Australian whisky out there that is not particularly accessible, so that’s always been the mantra for us: ‘how do we actually put good quality on the shelf at an accessible price?’”

Ultimately, however, Seb is grateful for the on-going support that the on-premise has given Australian distilling.

“When you look at the back bars of people who’ve really done everything this year and last to make their business strong, the fact they’re still out there supporting Australian spirits is just lovely to see.”

“People are really excited to discover and explore Australian whisky,” Seb said, “there is an absolute appreciation and love of it.”

NED is certainly feeling that love at the moment, having picked up six medals, including two golds, in the 2021 Australian Distilled Spirits Awards.

“Every single barrel in the barrel warehouse is taken and assessed before it gets allocated to a product. We actually use slight different allocations of whiskey depending on what we’re making,” Seb told Bars and Clubs.

“When we go through that assessment process, there’s a few outlier barrels that are either slightly different in style, or really exceptional in quality.”

It’s these barrels that go on to become NED’s Wanted Series, which also marks a shift in ambition for the distillery, as Seb outlines:

“The most important project on day was ‘How do we make really awesome NED whisky?’ And then, as we’ve been able to grow the brand, the project starts to change where you say ‘How do we make exceptional whisky?’”

But it’s not just about creating products – its also an exploratory and educational experience for Seb and his team, with the NED only making its debut to market in 2019.

And it appears there is more to come from Top Shelf and NED, with Seb telling Bars and Clubs that new releases, including single barrel expressions, are a distinct possibility for 2022.

Back in the here and now, NED made an interesting entry into the world of cutting-edge ‘sound maturation’, with its recently released Sounds of Bathurst expression. This dram is aged in casks which have had speakers strapped to them, playing recordings of Kelly Grove Racing’s V8 engines. The belief is that the vibrations from the sound will agitate the whisky and the cask, accelerating the aging process.

At first, Seb “talked about whether we could put a barrel in the car and do a lap”, but quite understandably, this wasn’t possible from “a practicality and safety point of view.”

When the opportunity arose to use the sound, rather than the speed, of the cars, Top Shelf and NED were eager.

As Seb says, “We had definitely wanted to explore sound aging, going back quite a few years now. There has been some research into the use of sound waves on barrels to accelerate and change the maturation profile of the whisky over time, and so, in that regard, it was on the to do list.”

The final product is a whisky that is said to have notes of toffee, maple and stick caramel, and complexity beyond its age. Sounds of Bathurst is a limited edition expression with an RRP of $100.

Sounds of Bathurst is not the only experiment taking place under the Top Shelf banner, with company’s on-going Australian agave project capturing the imagination. Seb gave Bars and Clubs an update, while outlining the exciting future of this Tequila-styled spirit.

“We’re hoping that between July and September 2023 is when we’ll start to have broad release. The plots [of agave plants] are tracking really well… and by that date, we should have our dedicated agave distillery built up alongside the Airlie Beach on the Whitsundays,” Seb explained.

The agave project is a high-tech affair, as Seb outlines, using drones armed with cameras to track the biomass growth of individual agave plants, which allows the company to “focus and tailor our weed management, moisture control to the individual row.”

Seb also illustrated how the company is taking steps to increase the sustainability of its operation: “I think we’ve gone from hope to expectation that we will be the world’s first hydrogen-powered distillery. We’re working on carbon sequestration at the farm already… the expectation is we’ll be carbon negative.”

“We want to use the best global practices around production and distillation.”

There is an also an awareness and understanding that Top Shelf are moving into unchartered territory for Australian distilling: “There’s really two jobs to be done with the agave project, and one is to be very, very faithful to tradition.”

“And then, the other part of that project is to say ‘what other things can we do that are really unique to Australian agave.”

As for what sort of products drinkers, venues and retailers can eventually expect, Seb pointed to the fact that the company has a ready supply of Australian whisky barrels and expects “a really full portfolio” of agave products.

Australian Agave spirit will eventually form a natural part of the burgeoning home-grown distillation industry, that Seb was eager to commend: “The incredible support that the Australian spirits industry has, I just think that has to be celebrated.” 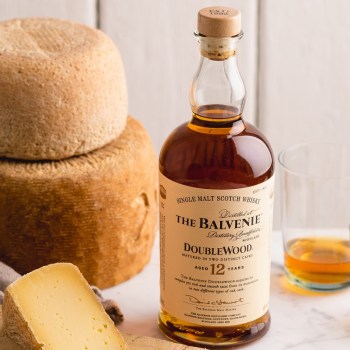 Recipe: The Balvenie and cheese 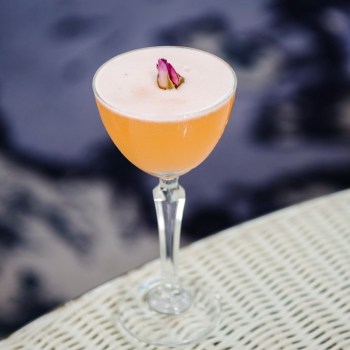 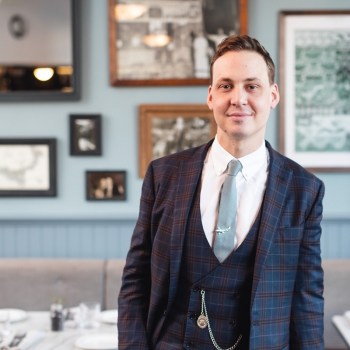 Jared Merlino on the year so far and the new normal