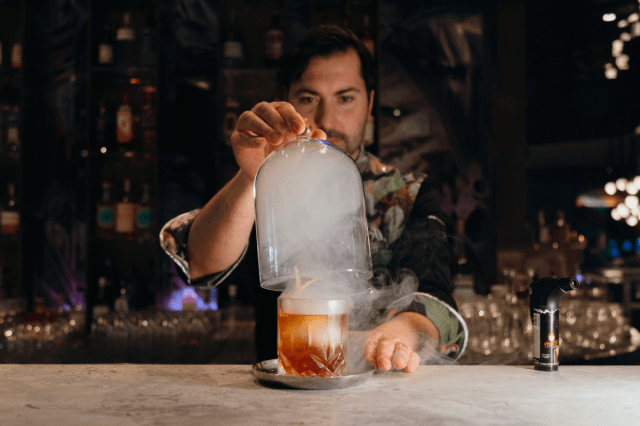 Giacomo Giannotti is on a whistle-stop tour of Australia and South East Asia, taking over bars in both Sydney and Brisbane, including the Living Room Bar at Brisbane’s W Hotel.

Barcelona’s Paradiso is undoubtedly one of the finest bars on the planet, having been ranked third in the World’s 50 Best Bars list of 2021. Bars and Clubs spoke to Giacomo to discover the key to Paradiso’s success, the approach he takes to creating cocktails, and his hopes for the Brisbane residency.

“I’ve been in hospitality all my life,” Giacomo explains.

“I started to help my parents in the family ice cream shop [in Giacomo’s native Tuscany]. After that, I worked in London for four years, where I ‘formed’ as a bartender.”

In London, Giacomo cut his teeth working at the Eclipse Cocktail Bar, and the Be At One group of bars, which is famed for training its bartenders the specs of over 200 drinks in a nine-week process.

Giacomo’s relationship with W Hotels goes back some distance, having worked in the group’s Barcelona location upon returning to the Catalan capital.

“Having worked at W Barcelona some years ago myself, I picked up so many new techniques that I implement today,” Giacomo explained.

Giacomo also worked at the Boutique Bar of the Ohla Hotel under his mentor Giuseppe Santamaría, where he won the World Class Competition in 2014 and was named Spain’s best bartender.

These achievements under his belt, Giacomo felt that the natural “next step was to open my own bar, and make my dream come true. In December 2015, I opened Paradiso.”

Since then, it’s been a tale of non-stop success, with the bar ranking in the top 20 of the World’s 50 Best Bars list three times in a row. In 2018, Paradiso was also named as one of the Top 10 Best European Cocktail bars by Tales of the Cocktail, and was awarded the ‘Best Cocktail Menu in Spain’ in the International Cocktail Bar Fair 2021.

We asked Giacomo what he thought was behind Paradiso’s continued acclaim.

“It’s a mix of different things: the concept of the bar, the design, the vibe, the research and creativity of the cocktails, and consistency throughout the years.”

Giacomo is right to highlight the unique ‘vibe’ of Paradiso. The bar is located behind a fridge door in a pastrami shop in Barcelona’s El Born district. Inside is a sweeping bar-front of curved wood, and a cocktail menu which (literally) lights up in the dark.

Giacomo and his team worked in an off-site ‘laboratory’ to develop this drinks offering.

“The philosophy of Paradiso is to offer an experience to the drink that touches all five senses and that goes much further – touching the ‘sixth sense’, that is memory and the feeling of people,” he commented.

It’s this same philosophy that Giacomo is hoping to introduce during his partnership with W Brisbane.

Here, Giacomo is bringing some favourites from the Paradiso menu, some of which have been adapted especially for the Living Room Bar takeover.

The signature serve is the Mediterranean Treasure, which was named the best cocktail in Spain in 2014. This drink ‘blends sour and savoury flavours of land and sea’ and is ‘inspired by Giacomo’s adopted hometown of Barcelona.’ Mediterranean Treasure is famed for being served in a treasure chest, which ‘emits a delicate smoke’ when opened.

Giacomo’s personal favourite of the menu is The Cloud – a dizzyingly complex cocktail that includes an edible coffee cloud, a feature developed exclusively by Paradiso. The Cloud is said to incorporate ‘mixology trends of the future like non-gravital food and acoustic levitation.’

A distinctly Aussie offering comes in the form of The Big Bang – a large format shareable drink, which is made with a blend of spiced Milton cane rum, guava liqueur, Earl Grey Tea, pandan, beetroot, clarified lemon juice and almond milk. The drink comes served on a platter of ‘sweet delights’ which are said to mimic the creation of the universe. It cannot be said that the menu is lacking in scope.

His first visit to Australia, Giacomo said that he wanted to “use as many Australian ingredients as possible” while here, a process he admits “wasn’t easy”.

Nevertheless, Giacomo says he has been impressed by the Australian hospitality industry during his visit.

“From what I could experience during these few days here, [Australian hospitality] is very passionate and excited, I saw a lot of interest about native Australian ingredients.”

And for Giacomo, it is this hospitality that is the most important factor in his success, and the success of Paradiso.

“Hospitality is the most important aspect of our job.”

Giacomo explained that, for him, great hospitality means “how we make our guests feel from the welcoming onwards, to always be aware of the guest, and to try to always be available to the guest.”

Finally, Giacomo was keen to express his gratitude to the Australian hospitality industry for the welcome that Paradiso has received.

“I just want to thank everyone for the love and appreciation shown to us during this time, and all the team at the W Hotel.”

Giacomo’s creations are available at the Living Room Bar, W Hotel Brisbane, 81 North Quay.
The takeover began on May 12 and is available to all drinkers. 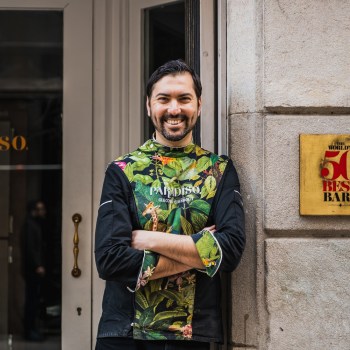 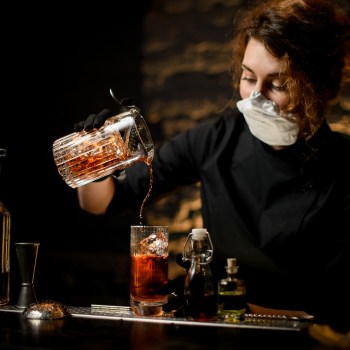 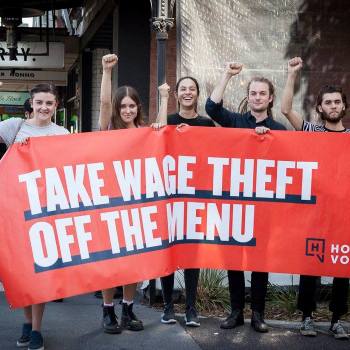