Marco Rosati, Grain Bar Supervisor, on working together to shape the hospitality industry 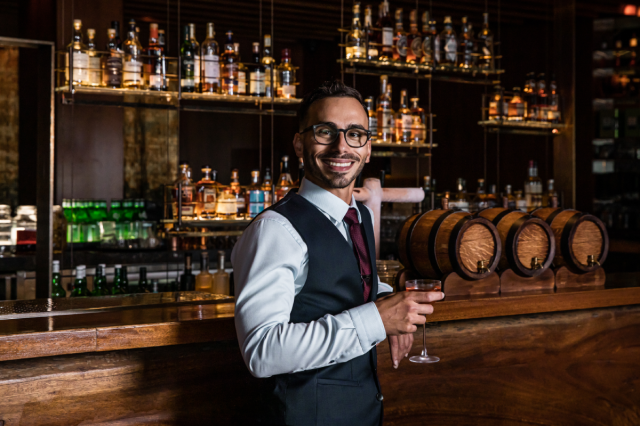 Marco Rosati spoke to Bars and Clubs about his journey from accountant to leading cocktail bartender, sustainability in drinks and Grain’s barrel aging program.

Grain Bar, located at the foot of the Four Season’s Rocks location since 2012, is now well-established as one of the finest cocktail and whisk(e)y bars in the city.

One person who deserves plenty of the credit for Grain’s impeccable standing is Marco Rosati – Grain’s bar supervisor, who made the journey from the island of Sardinia, in Mediterranean Sea, to the Harbour City.

Perhaps unsurprisingly, Marco found that office life left something to be desired.

“That did not sit with me really well – you know, staying in a cubicle, crunching numbers – it was not for me.”

Instead, like many aspiring bartenders, Marco made the move to London, where he spent a couple of years learning his trade.

“I went to London, a city that’s know for its hospitality, and I fell in love with it on the very first day – the energy, the lifestyle, all the people and every aspect has that spark,” Marco professed.

“After working in London for three years, I wanted to give myself a challenge and decided to move vibrant and dynamic Australia. I was looking forward to it, with the bar scene growing.”

Marco was quickly snapped up by the Four Seasons to join the team at their Grain Bar, which is known for the quality and depth of its whisk(e)y offering. Marco explained the approach the bar takes to procurement and presentation of whisk(e)y.

“Every cocktail on the menu has a grain element,” Marco says, and points to a particular whisk(e)y flight that showcases this approach.

“In each flight, every whisk(e)y has its own element. In one there’s a Quinoa whisky from West Australia, then there’s KOVAL’s Millet whisky, then there’s another whisky with four grains, with a majority of barley and other cereals – we always try to focus on the grain spirit.”

Demonstrating Grain’s commitment to including grain spirit in every cocktail is the ‘Sunburn’, which uses a split base of Michter’s Rye and Lairds Apple Jack.

Marco also provided an overview Grain’s barrel aged cocktail program, and what benefits barrel aging can bring to a cocktail.

“We started this program a few years back with just one cocktail, which was a Negroni,” Marco says.

“Then we made a Boulevardier – with a rye whiskey base, and instead of Campari, we used Americano Cocchi, which is a little bit more herbal, so you get a little extra flavour and kick. Then we add a touch of Mr. Black Amaro to give a bit of bitterness.”

“The program started because when you age cocktails you make them a little bit more smooth and rounded, and they actually take the flavour of the wood – and when you drink it, the harshness goes away, it’s a bit more smooth on the palate.”

Marco says that having started with just one barrel aged cocktail on the menu, the program has been so successful that Grain now features 13, with 26 barrels at the bar.

Having moved to Australia from Italy, a nation famed for its cocktail traditions, and spent time in London, Marco is ideally placed to assess the strength of Sydney’s F&B scene. Marco explained what his experience of Sydney’s hospitality scene has been so far.

“The bar scene in Sydney is growing a lot at the moment, compared to the European style, where the culture was already there,” Marco says.

In particular, Marco is excited by the native Aussie ingredients available to bartenders.

“Australia is a very diverse country, and it’s great to see the country really embrace the diversity,” Marco says.

“There’s so much fresh produce and ingredients, so us bartenders can really experiment and introduce different flavours to our guests.”

Indeed, Marco hopes to wow the judges at the upcoming Diageo World Class competition with an interesting choice of Australian ingredient – Kangaroo infused vermouth, served in a Rob Roy with a special food pairing.

Marco is now in the second round of the World Class competition (and into the top 100 bartenders in the contest) following his initial success with a fascinating drink that made use of another unusual ingredient: pasta water.

“I was born and raised in Italy where pasta is an everyday meal, and I thought I could do something with pasta. I was surprised to learn that 64 million tons of water are wasted in the world just by cooking pasta.”

“Thus, repurposing pasta water could be my small simple step to hopefully make a difference on a global scale.”

The cocktail, named ‘The Avanti’, uses a base of Johnnie Walker Black, to which is added Marco’s specially created ‘Italian Essence Soda’ – the ingredient that incorporates pasta water, alongside an array of oils that capture the aromas and flavours of Italian cooking.

The emphasis on sustainability is a philosophy that Marco has developed during his time in hospitality.

“As a bartender, ever since I started working in a bar, I’ve see with my own eyes how much waste a bar can produce, and I strongly believe that if every bartender can do their part and make a small step, together we can make the bar industry more sustainable.”

“It can be something as simple as using sustainable spirits,” Marco comments.

This holistic approach is born from Marco’s wider hospitality philosophy, as he explains.

“A good drink, a good cocktail is a given, and what is equally, or sometimes more important, is all the experience outside the glass.”

In thinking ‘outside the glass’, Grain bar has recently started using EcoSPIRITS – a closed loop distribution and packaging service that reduces glass waste and emissions.

Finally, Marco reflected on the recent successes that hotel bars are having at awards worldwide, with London’s the Connaught being named the best bar in the world, while Maybe Sammy (often described as a hotel bar without the hotel) was deemed the best in Australasia.

“Compared to a smaller business, a hotel bar has a bigger possibility to shine, just because of the good resources available.”

Groups like the Four Seasons are able to draw upon not only vast resources, but a high quality of personnel from their international locations, which bolsters the training they can offer.

“So we have a lot of very important people in the industry that can help us achieve our goals.”

Marco’s last word, however, was reserved for Sydney’s hospitality industry.

“I’m extremely proud to work in Sydney and be part of Sydney’s community. I’m excited to see what we can build together to shape the industry step-by-step.” 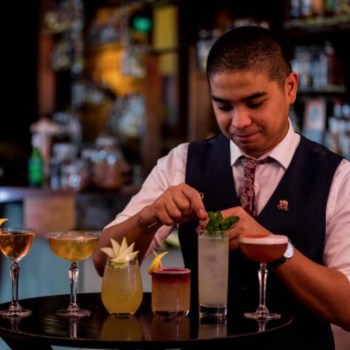 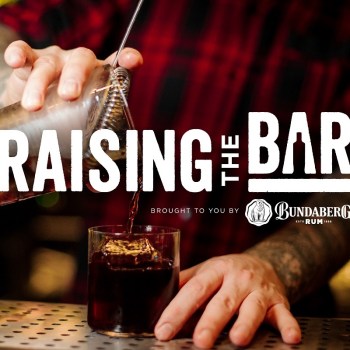 Bars can still apply for Raising the Bar relief 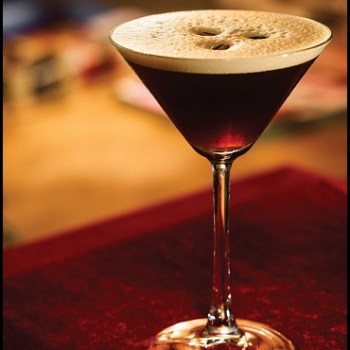