Turning a club classic into a retail sensation

With their venues closed and multiple lockdowns to come over the next 18 months, the pair saw great opportunity in the world of retail, and started to think about what they could sell in the space to avoid the severe consequences of lockdowns that extended far further than first expected.

Initially the plan was to use their existing contacts to sell something directly into nightclubs. When they started brainstorming, they brought on another industry friend and venue owner, Jess Conti, who also has a range of experience with other areas of the liquor industry.

“We sat down and went through our stock lists to try and work out what the most sold products in our clubs were, so we could effectively emulate it. It was Coronas, Cruisers, and Vodka and then we noticed that in that mix, there was cranberry, limes and peach schnapps,” Grant said.

“We put two and two together – those ingredients were actually the ingredients for a ‘wet pussy shot’, and across all of our clubs, that was the number one sold shot.”

After realising the trademark for the iconic wet pussy shot name was available, and finding a flavour house that could replicate the ideal taste consumers know from clubs, the trio got their first bottle finally in March 2021. Grant said they put the bottles into their clubs and it was doing “okay.”

“Then we put it into the bottle shop that we were working at, because I was still friends with the manager there, and within a day, it sold out,” he said.

“So we thought, okay, let’s try this in some other ones. We put stock in Caulfield and Reservoir, and the exact same thing happened.”

Conti then suggested sending a pallet to someone he knew from the distribution side of the industry, just to see what happened. At the time, the team were hoping to sell maybe a pallet a week.

That pallet was sent to retailers in country Victoria, one of which posted the wet pussy shot bottle on social media, getting 70,000 comments in a day.

“And it kept happening, it wasn’t an isolated event. Over and over again this has happened – basically any time a mum and dad bottle shop posts it, it goes crazy. For whatever reason, it’s got this massive viral effect,” Grant said.

“Because of that, supply and demand has gone absolutely mental. We went from our goal of having four pallets to last a month, to doing eight pallets the week after, and then today, we’ve had 55,000 bottles made that we expect to sell within a week. And online, we’re also doing two pallets a week.”

It’s now around 11 weeks since the wet pussy shot was first launched into the retail market, and already it’s being distributed nationwide, with a multitude of international requests too. The demand is driven in equal part by retailers reaching out looking for stock and Grant and the team reaching out from 80 Proof, the parent company the founders created for the wet pussy shot product.

With such quick success and an outpouring of excitement from consumers, Grant said they were pretty surprised no one had thought to do this before.

“It’s insane, there were so many people hitting us up too going ‘oh my god, it was under my nose the whole time.’ And we were the same, we did it with the smallest intentions. I never even thought that everyone called them wet pussy shots, I just assumed that there were certain states in Australia that it wasn’t called that, or that it was a Melbourne thing,” Grant said.

“To find out it’s called that worldwide is mind blowing, and the fact that we got the trademark is just even more insane. Wet pussy shots have been a part of bar culture for 20 years, it’s crazy that no one ever thought to bottle it or trademark it.

“Normally when a bottle shop say gets some new schnapps mixture or whatever, they’ve gotta sit there, do tastings, explain to the audience and the customers what it is and like what they should buy it… but with the wet pussy shot, the education has already been done in bars and clubs for the last 10 to 20 years.

“When people walk in, they see wet pussy shot, and they know the flavour, they understand what it is and when to drink it, so [retailers] don’t have to explain anything.”

The success of the wet pussy shot hasn’t been without its challenges though. For example, Grant said that they’ve had to deal with a global cranberry juice drought that made it difficult to find enough ingredient to keep up with production demand.

Another challenge has been transferring a life in the on-premise into another area of the industry, especially in an endeavour that has created such an explosion of demand that they needed to find a new production facility to be able to keep up.

“It’s been fun, it’s exciting working in a similar space but in a whole different section is like… I feel like I’m 18 again! I’m reinvigorated, I get so excited to wake up and come to work every day, I love it. And I’m learning so much.”

But all these challenges have been welcomed by Grant and his business partners, especially as it’s a far cry from the experiences they had at the start of the pandemic.

“When COVID hit, it was arguably the worst time of my life. It was such a pivotal part of my journey thus far, because I never expected to have my whole world turn on its head so quickly,” Grant said.

“But now after 12 months I’m looking back at it thinking this was the best thing that ever happened to me because if it wasn’t for the pandemic, I never would have had to pivot, I would have stayed in my lane and just continued to do what I was doing and what I’d done for 15 years.

“My message [for other people in the bar industry] would be that there is a silver lining with most horror stories. If you’re down, keep your head up because you never know when there’ll be an opportunity next to you. For us, we found it in the most common place and never would have thought about it if it wasn’t for the pandemic. Look for opportunity where it lays and if the road splits, sometimes that can be the best thing that ever happens to you.”

This journey is set to continue in earnest in the near future too, with Tipple Co-founder Shane Barrington joining the company to help scale it even further and reach the goal of being able to supply every bottle shop in Australia. 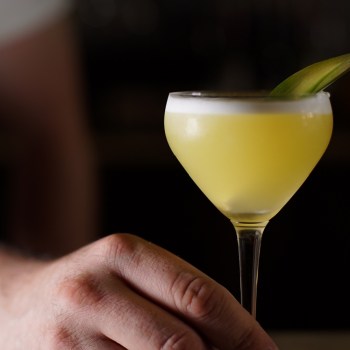 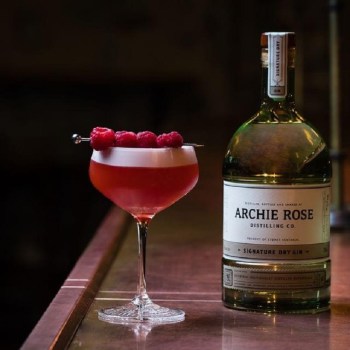