A history-orientated masterclass for rum Bars and Clubs along with bar owners, operators, and mixologists from around the industry surrounded a custom created map of the Caribbean yesterday for a rum masterclass by Loy Catada (left), Brand Ambassador at Bacardi-Martini Australia and Tom Bulmer (right), Director of The Rum Club, Australia.

Hosted at Surry Hills cocktail bar Rosie Campbell’s, Loy and Tom led the two-hour history lesson and tasting, covering the origins of rum in the Caribbean and the products that have been produced since. The masterclass was designed to take place on customised map of the region, with small naval ships, flags, war sticks and of course, a variety of rums.

Loy told attendees: “This is all about the category, we want to talk about Bacardi from a categorical point of view, and we want to educate bartenders on how they can help our consumers navigate the huge variety of rums.

“Rum is the most varied spirit ever, compared to gin which you can define easily with its botanicals. Whisky is similar because it has a very strict regulation to be defined as such.

“If you talk about rum as a definition, it’s sugarcane but there’s no universal definition of rum, different countries have their own regulations and styles, but we can at least pinpoint its origin to when European countries colonised the Caribbean.”

Loy and Tom explained how the popularity of rum cocktails dated back to the 1920s: “You have the tiki movement, when a lot of rums were discovered, but before that, was prohibition. This is when rum cocktails shone through when Americans couldn’t drink in their own country so they had to fly from Miami to Cuba so they could enjoy a tipple.

“That is where they discovered amazing drinks like the Cuba libre, mojito, daiquiris and the amazing cocktails that were created in the 1920s, which we still enjoy today. And it was all thanks to Caribbean and Cuban-style rum.”

At the end of the masterclass, attendees sampled a Bacardi 8 Old Fashion as a recommended serving cocktail from Loy and Tom, made by Rosie Campbell’s mixologists.

Tom said: “Bacardi wants to say that the category isn’t just one rum, it is part of many rums that make one big family. All of the styles and families of rum are very special.”

The future of rum

After the masterclass finished, Bars and Clubs asked Loy and Tom what trends they are seeing in the on-premise industry now, and how they believe the category will evolve in the future.

Tom said the future of the on-premise industry will rely on the success of last year’s high performing off-premise market: “In on-prem market we’ll see customers who have been buying more limited release products in bottle shops and have a higher disposable income, looking to drink high quality products and have that experiential enjoyment in venue.

“People are spending more and drinking less and would rather enjoy premium spirits. They are really looking to make the most out of their experience in the on-prem market.”

Loy also highlighted the importance of top shelf product growth as a key for the future of the rum category, saying: “In my experience it is about innovation and premiumisation. Obviously, we’ve just released a Cuatro and a Reserva which elevates rum in terms of aged statement. But also in Europe especially, flavoured rum is quite big, coconut rum is huge.

“Like a lot of spirits, it’s about the ‘better for you’ movement and it’s about what is local. I cannot wait to see what Australia has to offer with rum in the future. I’m excited to see what all of the new make products will be when they come to market.”

Loy finished the event by addressing all attendees, stating: “Lets help our customers navigate the variety of rums so they can enjoy it properly.” 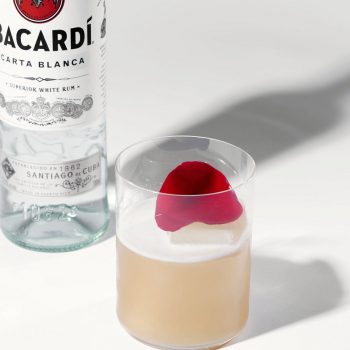