Melbourne will play host to a whopper hospitality symposium this month, with a star-studded line-up of some of the biggest names in the bar industry.

The symposium is part of the inaugural Melbourne Cocktail Festival, a five day collection of events organised by Worksmith, including 2018 Diageo World Class Bartender of the Year, Orlando Marzo.

Marzo told Bars&Clubs how he came to realise that Australia had a cocktail festival shaped hole in our event calendar.

“While travelling a lot last year after winning World Class Bartender of the Year, I had the opportunity to be involved with many other festivals worldwide. I saw that we don’t have one in Melbourne,” Marzo explained.

“Being the ambassador of our hospitality overseas, everyone was very curious and appreciative of what’s happening here, so I thought it would be a great opportunity to put a spotlight on Melbourne’s bars and hospitality, and share their ideas and things that are happening in the hospitality world.”

The symposium kicks off the festival, which also features events for cocktail enthusiasts of both the consumer and trade worlds. The full day program of speakers, panels, workshops and discussions is intended to be as interactive as possible.

“The day is scheduled in a way that these 130 people feel a part of the talk. We want this to be less of a masterclass, and more of a ‘share ideas’ sort of thing,” Marzo said.

“So people can talk to the presenter, they can engage with them, they can ask questions… because the industry and the world moves so fast, often we don’t get the opportunity to ask the questions and to spend some time with those kind of people.”

Over ten speakers have been announced for the symposium so far, covering a range of topics and components of the industry.

There will be brand ambassadors like Mr Black’s Martin Hudak, international mixologist icons like Agostino Perrone and Giorgio Bargiani from The Connaught Bar in London and experts like Sommelier Jane Lopes and Anther Spirits co-founder and distiller, Dervilla McGowan. Marzo is also very proud to have what he calls “the king and queen of fermentation” on the list, Sandor Ellix Katz and Sharon Flynn.

Industry personalities like Paige Aubort and the team from Sydney’s Cantina OK! will offer insights from their experiences too. The line-up is rounded out by specialists in different components of the bar industry, including the likes of architecture and interior design specialist, Jaye O’Dwyer, communications specialist Monica Brown, and the founder and leader of the Keep Sydney Open political party, Tyson Koh.

Marzo said one of the highlights of the symposium will be the range and versatility that the speakers’ different backgrounds will present.

“We are very excited to have put on such a great line-up for year one of the festival, honestly, we feel very privileged that everyone we spoke to, they’ve been a massive support and this couldn’t happen if people don’t believe in the same idea,” Marzo said.

Although this is the first festival and symposium, the team are keen to build something bigger from this idea, to celebrate everything that Australia’s hospitality industry has to offer.

“The goal is to celebrate the industry being progressive, fun, and educational… And also to put out spotlights, because we are already doing a great job, we have an incredible amount of food and beverage venues in Melbourne that you can’t keep up and some are world renowned,” Marzo said.

“But we don’t forget that this is a great opportunity to engage and educate people in many different aspects in the world of cocktails.”

The Melbourne Cocktail Festival’s Symposium will be held at The Craft & Co in Collingwood on Wednesday 26 February, and tickets are available now. 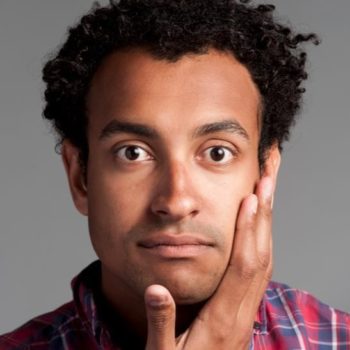 Are you coming to the Pub Leaders Summit?