How Josh Reynolds sets up for a summer of cocktails When it comes to cocktails Josh Reynolds formerly of Scout, both in London and Sydney, knows a thing or two about creating a menu that resonates with customers.

Setting up The Dolphin for a massive summer of cocktails, he has launched a new menu which mixes up the classics, but crucially hits the summer trends and they are flying out.

“After lockdown the menu needed a revamp, and I wanted to have a focus on light, smashable-style drinks and what I’m about is the sort of drinks where you order one, but then can have five more.

“It’s just recognisable flavours, good solid technique and not too out there. Subtle twists, nice, fresh smashable flavours and that’s it in essence. A real quick and easy to smash out.”

Explaining the thinking behind the menu in more depth, Josh told Bars and Clubs: “We have the Silician Margarita, and it’s just understanding the fact that these cocktails are still asked for in that classic form. So there’s no point in trying to force their minds to change.”

Interestingly while there is Italian influence across both the food and cocktail menu, Josh said the food had absolutely no influence on his decision behind the cocktails he would be serving.

“I’ve never really been a fan of linking drinks with a dish, so the food had no influence.”

He added: “I don’t have any stir down-style of drinks and now the cocktails outsell the beers on tap every week, which for a pub is unheard of.

“For a long time, the cocktails were at about eight per cent, but now it’s at 20 per cent and that is some climb. But it’s not that I am some kind of genius it’s just understanding what people want, it’s that easy. If you look at people want when they actually want when they go into a bar it’s always the same thing.”

The new menu features the Sicilian Margarita, plus twists on a Mimosa, Bellini, Americano and Sbagliato among others, and which does Reynolds expect to be the most popular?

“The Margarita for sure.

“The menu is seasonal-ish, especially with the stone fruit we’ve got on there now. We have the mainstays on the menu, but I’ll swap in new drinks so it’s not all the same. In my opinion, it’s nice to not be swapping your whole menu every three months, just swap one in, one out and keep your mainstays.”

And his personal favourite?

“The Mango Unchained man, it’s a beautiful drink,” Josh said. “It’s mangoes into Lillet Blanc that steep for 24 hours at room temp and then all the citrus that we cut, whatever we have left over, we round it all up, weigh it and chuck a load of sugar on it, to the same weight and then osmosis starts to happen.

“I leave it in a pot for three days with cling film over the top and it naturally turns itself into a sherbert. It’s an oily, zesty rich syrup, so we put some of that into the drink and then we have Escubac in there, more fresh lemon and bitters. And we shake that up and it’s great.”

To help with the speed of service, Josh does a lot of pre-batching, but does not put any fresh ingredients into a batch.

“So with the Margarita, we batch the tequila, the limoncello and the syrup and then add the fresh lemon after.”

He adds: “The initial starting is hard because you have to make everything from scratch but from there it’s just understanding what needs to be made and it’s just a constant topping up of everything. But it’s important to not wait until it’s all finished and then start again, because then you’d be fucked.

Overall though, he emphasises that what makes a cocktail menu really work is not making it too complicated and giving people flavours they are confident with and recognise.

“You can read them all and go think, ‘OK, I’ll have that right now’. It just makes sense. You might not know what Maraschino is but it’s all about what jumps off the page. Even simple things like the garnish on the Margarita, it’s a rosemary sprig. So it’s just very slight, but effective changes that have an impact on everyone as they read the menu. In my opinion.” 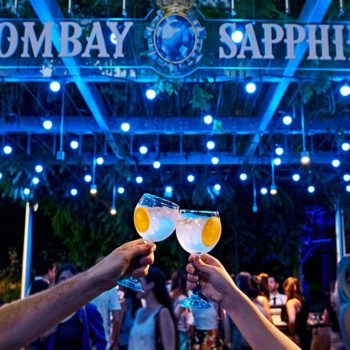