As Bass & Flinders Distillery (B&F) approached its tenth birthday, Managing Director and second-generation Head Distiller Holly Klintworth wanted to do something special to celebrate. So why not create a unique, never-seen-before drink?

Enter the Anniversary Cuvée, a delightful collaboration between the old and new world and the world’s first French-Australian brandy blend.

The foundations for the collaboration were started in 2017 when Klintworth visited Cognac and connected with N-M’s fifth-generation Cellar Master Edouard Normandin. N-M uses the Charentaise distillation method, which sees the production of grape-based eau de vie through double distillation using an alembic pot still and open flame. This is a technique which inspired B&F’s distillation process since its inception in 2009.

“As we approached the 10-year mark, I felt we had to do something special to commemorate the milestone, and what better way than with an exciting, limited-edition release like no other, an ‘old-world meets new’ brandy that encapsulates Bass & Flinders’ story and ethos,” Klintworth said.

“I knew with Edouard’s family lineage, recognised as one of the most highly regarded cognac specialists in the region, that he would be the perfect craftsman to assist me executing my idea for this brandy blend, that honours the two worlds and family traditions.”

Ahead of working on the blend Klintworth and Normandin laid down some collaboration ground rules: the product would represent both styles equally, would only use natural elements (nothing artificial) and would achieve a full and broad reaching aroma.

With that established the pair set to work on bringing together the perfect blend. That was a process of trial and error, working with their noses to bring together the right combination of layers and aromas that would meld together.

Using barrel samples from B&F, Klintworth and Normanding trialled various blends with the N-M Cognac, before selecting their favourite combinations to create the base of the Anniversary Cuvée.

“We went through barrel after barrel to nose each and every character and layer until we found some common threads that we felt would marry nicely in the collaborative blend, before settling on 2014 Petite Champagne cognac,” Klintworth said.

Those lucky enough to nab a bottle of the single-release can expect a refined combination of aromatically sweet, expressive Chardonnay-based brandy, with the silky smoothness and floral delicacy of the Petite Champagne Cognac on the palette.

“It’s not too heavily oaked and will let the B&F brandy character and fruitiness shine through on the nose but has a floral bouquet that adds a unique accent to the blend,” Normandin said.

Anniversary Cuvée is retailing for $250 for the 700ml bottles in market and will be available for purchase on the Bass & Flinders Distillery website. 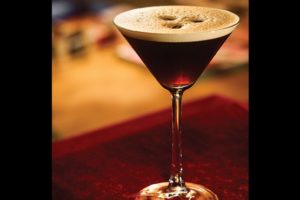 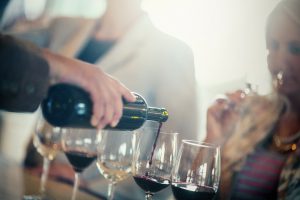