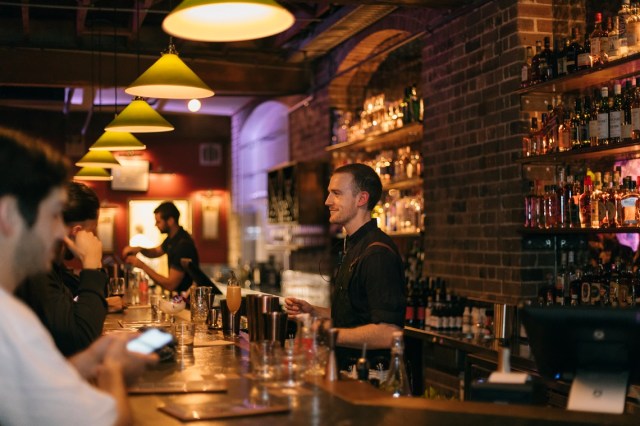 New Sydney bar owner Christopher Garner (pictured above) had a successful launch to The Barrie, which was named and inspired by his 92 year-old grandfather, at the weekend.

Christopher spoke with Bars and Clubs about the opening weekend, inspiration for his bar and the challenges that comes with being a first time bar owner.

He said after the Chippendale bar launched on Friday, 4 June: “It was awesome, it was super cool to see the turnout and for people to come in and see some live music and cocktails. We had a good diversity of crowd. A lot of friends, locals and local businesses came along which was really nice.”

Christopher set his long-term goal of opening his own bar at an early age, even before he started his hospitality career. He said his journey began 11 years-ago: “I was 20 years-old at the time and I was trying to work out what to do and who do I want to be. I was at university and fairly directionless and aimless but I saw all these small bars that were popping up and I said to myself ‘if someone can do it, I think I can do it’.

“So I just went full throttle from there which meant going into fine dining restaurants and cocktail bars. I went from being a bar back at Spice Temple to becoming an assistant bar manager and then going on to help other people open bars and then doing it myself, now.”

He said during his career he picked up lessons of the trade, soaking up knowledge from other bar managers and owners but he learnt the most important and humbling lesson when he started down the path to The Barrie: “The more I talked to people and the more I dealt with operators and talking with bar owners there came a point where I was getting a fair bit of positive feedback from people like Jeremy Courmadius from Fink Group and Dre Walters from Old Mate’s Place.

“I came to this realisation that there was something in me that made me say, ‘yes, I am able to do this’ and ‘these people in the industry, by nature, they’re not better than me, they’ve just been doing it longer and have more experience,’ so it felt like this was something I could do and learn, I just hadn’t learnt it yet.

“What I did learn very quickly from trying to open my own bar however, is that you don’t actually know anything, you’re not nearly as good as you think you are. You just have to bite the bullet and come to that realisation. And say ‘hey I don’t really know what I’m doing,’ so you go to the people who have helped and supported you before.”

The Barrie ingrained with family

While it is Christopher’s grandfather’s name on the door, it was his father who ultimately encouraged him to “bite the bullet” and open his own bar.

Christopher said: “I’ve been working towards opening a venue for about two years but I never seriously thought if the right thing came up I would pull the trigger.

“But one day I was looking at venues and I was trying to make budgets and forecasts and my dad that pushed me towards it. He said ‘I need to get serious about opening a bar or get serious about moving up within a hospitality group’.

“And at the time I just couldn’t imagine myself not trying to do it and if I didn’t do it, I was gonna be so upset with myself so I just said ‘alright let’s bite the bullet’ and despite being scared and nervous, I just rolled the ball forward and went with it.”

He added that his grandfather Barrie also played a big role in the naming of the cocktails too: “He (Barrie) was always a huge role model for me growing up and even to this day, he’s still alive at 92 and he’s still just as funny and as charismatic as ever.

“So, when we were doing the cocktail menu, my bar manager Chris Turvey handled the beverage but on the naming side of things, each drink has a story attached to it and they’re all stories from his childhood.”

Only room for improvement

While Christopher said the feedback from opening weekend was positive, he was in fact, hoping for some more constructive criticism.

He said his drive to succeed focuses on constant self and business improvement: “Everyone has been super impressed with the place and everyone was super congratulatory but from my side of things I only want to be better. And it’s super weird opening a venue knowing this won’t be your best product, even on day one.

“People have been giving great feedback but all I want to do is keep improving and grow the guest experience. I want to create a cool, fun venue and a place where people want to come in and actually be thrilled to work here.”

With opening weekend behind him, Christopher offered a piece of advice for the Bars and Clubs readership, saying: “To new or inspiring bar owners, get organised as early as possible. And that’s down to the finest detail which is everything from knowing what light bulbs and napkins you are going to use to even what fridges and everything in between.

“Also rely on help. Swallow your pride, there’s no shame in being wrong. In fact, be wrong more often and then ask for help more often.” 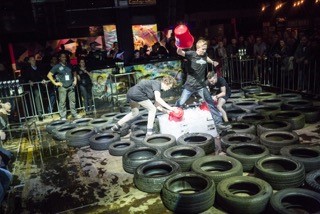 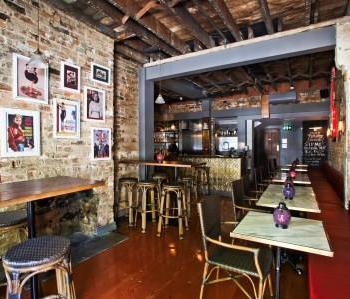 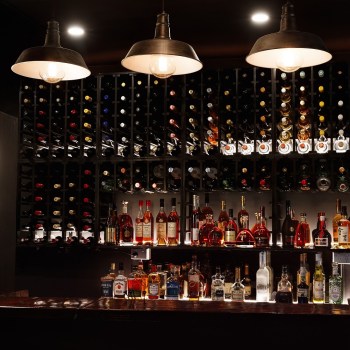