A bartender challenge from Never Never Never Never Distilling Co have started a cocktail competition unlike what you’re used to.

The Never Never Have I Ever Bartender Challenge is a seven week event, with weekly tasks for competitors to video themselves attempting in the most creative and entertaining way they can.

Last week was the first round of the challenge, with competitors asked to propel a piece of ice into a vessel. The winning video was announced last night, and featured South Australians Ben Adlington from Doc Adams and Josh Jarvis from Flights Gin Bar, who are also part of Inbound Creative.

The video was commended not only for its production quality, which was incredible, but also the skill to sink a piece of ice from a balcony into the glass several metres away.

“The boys did a great job with the throw, and the throw was amazing – from the roof, straight into the glass, even just one of those tiny little rocks glasses, absolutely nailed it.”

It’s now the second week of the challenge, and the task is to: “recreate your best Friday night service in your own kitchen. Most impressive recreation wins.”

Entrants are encouraged to think laterally and be entertaining, while also staying at home and not inviting any mates over to help them out. Remember, social distancing guidelines still apply!

To enter, film your attempt in a video no longer than 30 seconds and upload on social media with the hashtags #NeverNeverHaveIEver and #BartendedForMyPlants, as well as emailing it to Never Never so it can go into their montage.

There is also an ongoing leaderboard over the seven weeks, with the final winner at the end receiving the grand prize – a trip for two to South Australia for the relaunch of Never Never’s venue, after pandemic restrictions have been lifted in Australia.

For more information about the challenge, see the Never Never website here. See all the entrants from week one below. 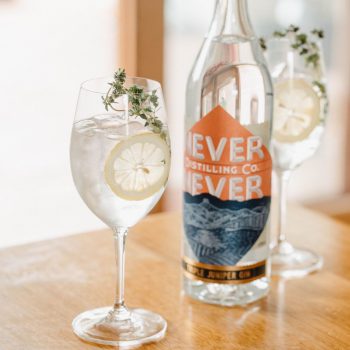